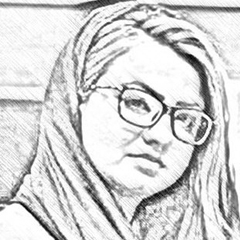 ‘Now or never for Kashmir’

It would seem our worst nightmare has come true, and what will happen now is darker still. We always feared somewhere in the back of our minds that such a thing may happen, but we never acknowledged it because none of us wanted to think of being faced with such circumstances. The special status given to India-held Kashmir under Article 370 of the Indian constitution has been revoked through a resolution in the upper house of the Indian parliament, in a move to avoid the lawful route of a constitutional amendment. India is now all but ready to forcefully convert IOK into a Union Territory in violation of all its commitments, including those made at the UN.

While our government was overly enthused at imaginary gains made from the selected PM’s visit to the United States, the Indian government used a resolution and a presidential order to deprive the Kashmir assembly of the right to have any say in the change of status of the state. It’s all quite simple really, what has been done to Kashmir is illegal, is immoral, is cruel, is inhumane, and it cannot be allowed to stand. Every facet of our state and diplomatic machinery must be used to build and promote a movement, political and diplomatic, that exerts pressure on both India and the world to set right the wrong that has been done.

At time when we should all be coming together to support and amplify the voices of the Kashmiri people, our government has instead decided to split the country down the middle. In all this noise, in all this commotion and harassment, it is the Kashmiri people who will continue to suffer

What are our options going forward? The Kashmiris have made their intentions clear. Even though there is a ban on media in the valley and communications have been blocked, every day we have more and more video footage coming out of the valley showing that the Kashmiris will not be silenced. People are out on the streets, pushing against the villainous Indian army whose numbers have been strengthened in the valley. Despite the use of live ammo and the dreaded blinding pallet guns, the Kashmiris are not deterred, and as they have done since Partition, they are the first to stand up to safeguard their right to freedom. But sadly, it has to be said that the Pakistani government has so far let down both the Kashmiri and the Pakistani people. The Prime Minister has, for the lack of a better phrase, seemed like a deer in the headlights. Clearly, he had thought himself a victor after his trip to the US, completely unaware of the moves that the Indian government was on the verge of taking. That exasperation and cluelessness was clear from his appearance in the joint session of parliament. The prime minister gave a non-serious speech, and upon being pressed by the opposition to perhaps be more emphatic in his statements on Kashmir, the prime minister chose to lash out at those on the opposite side and decided to ditch and leave the session. Imran Khan’s government then decided to do the only thing it seems to know what to do. Demonise and harass the opposition political parties.

This was personified by the arrest of Maryam Nawaz right as she was gearing up to launch a massive rally in support of the Kashmiri people. At time when we should all be coming together to support and amplify the voices of the Kashmiri people, our government has instead decided to split the country down the middle. In all this noise, in all this commotion and harassment, it is the Kashmiri people who will continue to suffer. Maryam Nawaz and the rest of the opposition are destined to survive this fascist government, they are destined to bring this government out of the black hole in which the current government seems hell bent on thrusting Pakistan, but what will happen to the people of Kashmir during that time? Who will they look to for support at a time when the world seems to have forgotten their sacrifices and their struggles?

Time is one commodity which we do not have an abundance of, and it seems we the people of Pakistan have to look elsewhere from the government to help unify and amplify our sentiments. We need to come together and do all we can for the people of Kashmir. And if Imran Khan does not want to be a part of this historic moment, we and the Kashmiri people are perhaps better off for it.

The writer is a member of national assembly