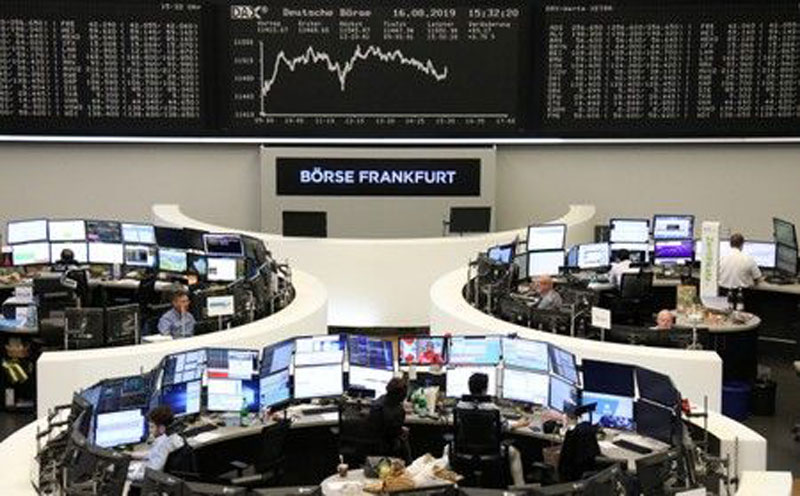 The final five minutes of trading have become the busiest time of day for stock market traders in Europe. Aside from an initial burst of activity after the open in the morning followed by a brief flurry when Wall Street opens, a growing portion of the daily equity volumes is now concentrated into the five-minute closing auctions at the end of the day.

The growing popularity of passive and index-tracking funds and tougher regulations are driving the shift, which is draining liquidity in the $11.1 trillion market and raising concerns about big price swings and possible disruption to price discovery.

The trend is also fracturing the industry as rivals look to take a slice of the action by launching their own post-close trading products. If sustained, it will likely stir the debate about whether there is even a need in the long term for an elongated trading day.

Products like exchange-traded funds (ETFs) and hedge funds typically use end-of-day prices set during the closing auctions for their daily pricing.

Equity ETFs in Europe have ballooned in recent years and are now worth about 500 billion euro (456 billion pounds). That’s up more than 8% in the first half of the year and a whopping 38% from January 2017, according to Morningstar data.

With their rise, the five-minute window between 1530 and 1535 GMT each day is capturing a bigger portion of daily volume, which averaged about 70 billion euros in June.

Closing auctions across Europe’s major bourses have on average accounted for 20% of daily average volumes in the first half of this year, and hit their highest on record of 23% in June, according to Rosenblatt Securities which tracks volumes.

That’s up from just 13% three years ago. There is a similar trend in the United States, where activity is also clustering in the auctions.

Activity typically spikes in the final month of each quarter, as funds scramble to participate in the auctions that set the value of their investments for the quarter.

This year though, there has been a pronounced and steady rise each month as banks, brokers and asset managers find the auctions provide the deepest pool of liquidity.

The jump has been particularly noticeable this year as overall trading volumes have slowed amid tighter regulation and rising costs and as investors have in general shunned equities even as prices have soared.

Onerous paperwork imposed by the EU Markets in Financial Instruments Directive (MiFID II), which came into force early last year, has also helped drive the shift. The reporting process for regulatory purposes is simpler if trading is executed at the closing auction.

The trend has drawn the scrutiny of the French market regulator Autorite des Marches Financiers (AMF), which warned last month that lower liquidity may distort price-setting mechanisms and increase price swings. Closing auctions on Euronext’s Paris blue-chip CAC 40 stock index account for as much as 40% of volume, it found.

“The associated risks are a deterioration in price formation and liquidity during trading sessions, not to mention the operational vulnerabilities at the end of the day given the volumes concentrated in the closing auction,” the watchdog said in its report.

While it’s not clear if it has yet disrupted price formation, interviews with a dozen traders and senior executives at international banks, brokerages, wealth managers and exchanges show that the trend is upending how they do business.

For a start, liquidity begets liquidity – as more traffic goes through the closing auction, it has a self-amplifying effect.

“In many cases, volumes in the closing auctions are so significant they cannot be ignored,” said Derek McCole, head of equity dealing for EMEA at Aberdeen Standard Investments.

He has adjusted to the new norm. He tends to place a percentage of an order at the settlement price in the closing auction and then opportunistically trade the rest of the order if a certain price is hit.

But some executives say it is getting more difficult to do big block trades during the day, forcing many to save large transactions until the end of the day. That leads to even lower liquidity during the remaining 8-1/2 hours.

“The market opens, nothing happens and then the U.S. come in. It’s busy for the first hour and then it quietens down,” said a senior executive at a global bank.