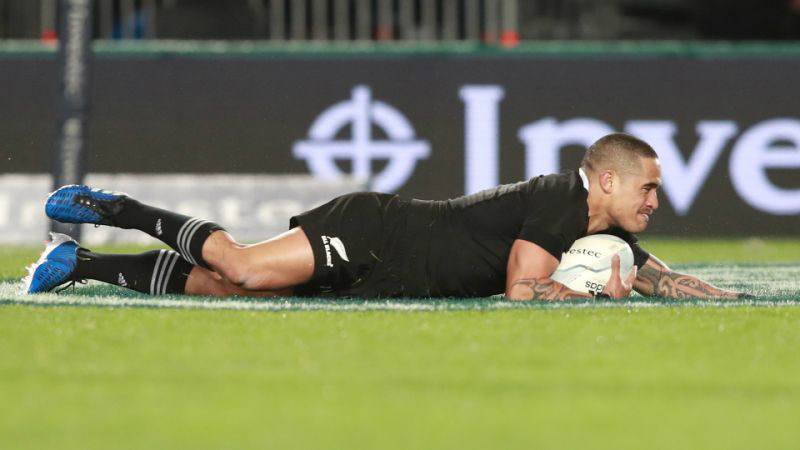 Picked off in Perth, but awesome in Auckland, the All Blacks restored normal order in their Bledisloe Cup rivalry as they crushed Australia 36-0 at Eden Park.

Hansen made changes, after accusing his players of producing “dumb footy” at Optus Stadium, where they lost Scott Barrett to a controversial red card.

Into the pack came Nepo Laulala and Patrick Tuipulotu, with the backs given a shuffle with the inclusion of George Bridge, Sonny Bill Williams and Sevu Reece.

Williams crossed for New Zealand’s third try early in the second half, after scores from Richie Mo’unga and Aaron Smith had put the hosts firmly in control, and Reece bolted through for the fourth in the 67th minute – his first for the All Blacks.

Bridge applied the finishing touches with the fifth try in the 77th minute. The changes worked for Hansen, to put it mildly.

Australia were left to regret not making their initial territorial dominance count on the scoreboard, as they piled pressure on the New Zealand line in the opening 20 minutes without finding a breakthrough.

Mo’unga had booted an early New Zealand penalty, and Australian hopes of winning at Eden Park for the first time since 1986 hinged on taking any chances that came their way.

The Wallabies last landed the Bledisloe Cup in 2002 but they arrived in New Zealand buoyed by their Perth exploits.

Wing Marika Koroibete was held up just short, and Australia were handed two early penalties that should have afforded them a foothold but Christian Lealiifano squandered both.

New Zealand were not so wasteful and they struck to lethal effect on the half-hour mark.

Mo’unga picked up a ball spilled by Reece Hodge and sprinted down the left to plunge over, adding the extras to put the hosts 10 points to the good.

New Zealand were in again moments later when tackle-shy Australia were scythed open by Beauden Barrett and Bridge, Smith applied the finishing touch.

Australia were rattled, their handling shaky, even when New Zealand’s Dane Coles was yellow-carded for slinging Nic White aside, grappling close to the Australian’s neck.

Williams added his five-pointer in the 45th minute, scrambling over on the ground against meek resistance.

Reece seized on another loose ball for his try, kicking into unguarded Wallaby territory and dashing through to gather.

Australia vice-captain Samu Kerevi saw a pass intercepted too easily by Reece who charged over, only to be denied because of an earlier infringement, though it mattered little.

By the time Bridge thumped the ball down for the late fifth try, it had become a night New Zealand will long savour.