People of Kashmir should not be treated as pawns: Amnesty 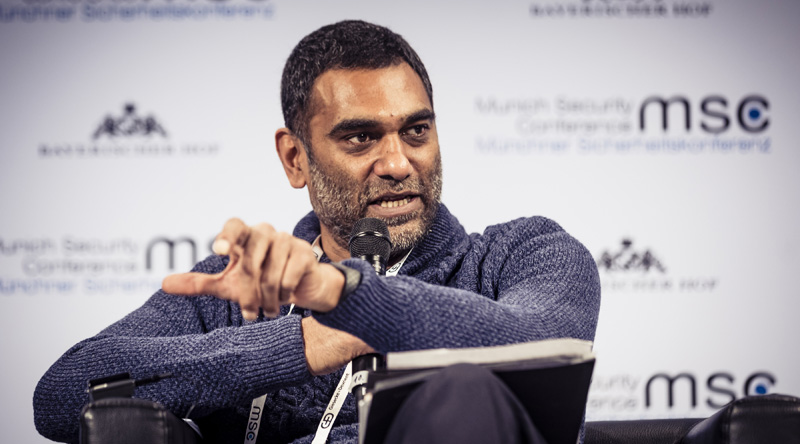 The people of Jammu and Kashmir should not be treated as pawns in a political crisis, and the international community must come together to call for their human rights to be respected, said Secretary General of Amnesty International Kumi Naidoo in a statement.

“For the first time in decades, the United Nations Security Council is taking up the issue of Jammu and Kashmir. Members of the council need to remember that their mandate is to protect international peace and security – and they should seek to resolve the situation in a way that puts the human rights of the people in this troubled region at its centre,” the statement read.

“We reiterate our calls to the Indian government to act in accordance with international human rights law and standards towards people living in Jammu and Kashmir, including in relation to arrests and detentions of political opponents, and the rights to liberty and freedom of movement,” the statement maintained.

“The actions of the Indian government have thrown ordinary people’s lives into turmoil, subjecting them to unnecessary pain and distress on top of the years of human rights violations they have already endured,” the watchdog went on to say. “The people of Jammu and Kashmir should not be treated as pawns in a political crisis, and the international community must come together to call for their human rights to be respected,” it concluded.

The United Nations Security Council (UNSC) on Friday expressed serious concerns regarding the human rights situation in Indian-held Kashmir, and urged the parties concerned to refrain from taking any unilateral action that may further aggravate the tension in the occupied valley.

The members met for the first time in over five decades over the issue of Kashmir at the request of China and Pakistan to discuss the Indian government’s recent decision to revoke the special status of the occupied valley and the dangerous situation arising out of the move.

The very rare meeting of the United Nations Security Council held to discuss the issue of Indian-held Kashmir (IHK) is being seen as not only a huge diplomatic success for Pakistan but also an undeniable fact to prove the international status of the issue, completely nullifying the Indian propaganda that Jammu and Kashmir is their ‘internal matter’. The meeting was called by China on Pakistan’s request to discuss the prevailing situation in IHK after India revoked special status of the occupied valley. The meeting, which India opposed and tried to stop, took place with unanimous consent of the 15-member Security Council. Pakistan had drawn the attention of the UNSC presidency to the grave threat to peace and security in the region after India’s illegal move and had called for summoning an emergency meeting of the council to discuss the rapidly aggravating situation in the occupied valley.