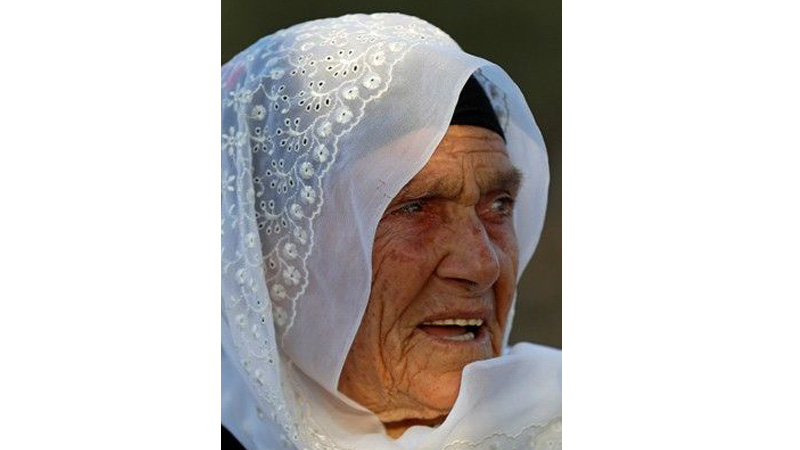 Sitting under an olive tree in the Israeli-occupied West Bank, Muftia Tlaib scoffs at the attention she has recently received from the president of the United States. “May God ruin him,” she says. Tlaib is the grandmother of US congresswoman Rashida Tlaib, at the centre of an affair that has drawn Donald Trump and Israeli Prime Minister Benjamin Netanyahu together against US Democrats. On Thursday, bowing to pressure from Trump, Israel barred a visit by Rashida Tlaib and fellow Democrat Ilhan Omar that it had initially said it would allow. The next day, Israel said it would let Tlaib visit her family in the West Bank on humanitarian grounds – but Tlaib rejected the offer, saying that Israel had imposed restrictions meant to humiliate her. On Friday night, Trump tweeted: “Rep. Tlaib wrote a letter to Israeli officials desperately wanting to visit her grandmother. Permission was quickly granted, whereupon Tlaib obnoxiously turned the approval down, a complete setup. The only real winner here is Tlaib’s grandmother. She doesn’t have to see her now!” Ninety-year-old Muftia Tlaib, sitting in her garden in the village of Beit Ur Al-Fauqa, was not impressed. “Trump tells me I should be happy Rashida is not coming,” she said. “May God ruin him.” Her son, Rashida’s uncle Bassam Tlaib, said the women had not seen each other since 2006: “She was going to slaughter a sheep when Rashida arrived and prepare her favourite food, stuffed vine leaves.

“Rashida sees her granny as a second mother, she has always supported her. Rashida says she owes her success to her grandmother.” Tlaib did not outline what the conditions imposed on her visit were. Israeli media reported that she had agreed not to promote boycotts against Israel as part of her request to Israel’s Foreign Ministry. Tlaib, like Omar, has voiced support for the pro-Palestinian Boycott, Divestment, Sanctions (BDS) movement, which opposes the occupation and Israel’s policies toward Palestinians in the West Bank and Gaza. BDS backers can be denied entry to Israel by law. The pair are the first two Muslim women to be elected to Congress, and Detroit-born Tlaib is the first Palestinian-American congresswoman. Both are members of the Democratic party’s progressive wing and sharp critics of Trump and Israel. The Palestinians want to establish a state in the West Bank, East Jerusalem and the Gaza Strip, territories Israel captured in the 1967 Middle East war. Israel has annexed East Jerusalem in a move not recognised internationally; maintains a blockade of Gaza, run by the Islamist Hamas movement; and controls most of the West Bank, where Palestinians have limited self-rule. The prospects of resolving the conflict under the “two-state solution” that had guided peacemaking efforts for years have dimmed significantly since Trump took office, while Israeli settlements on land Palestinians seek for a state have expanded. The Trump administration, which is particularly close to the Netanyahu government, has touted its own peace plan but details remain vague. It fuelled Palestinian anger by recognising disputed Jerusalem as Israel’s capital in 2017.