* Three others killed, 22 injured as a timed device planted under wooden chair of the prayer leader goes off
* No immediate claim of responsibility for the blast 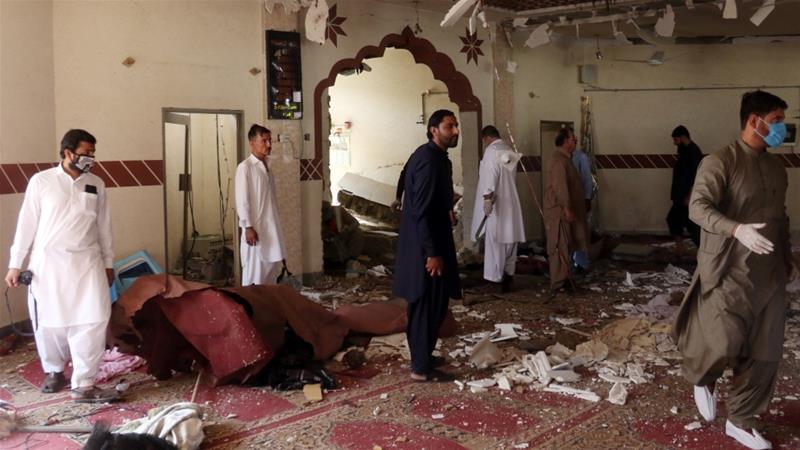 The brother of leader of the Afghan Taliban was among at least four people killed in a bomb blast at a mosque in Quetta on Friday, two Taliban sources said.

Police said more than 20 people were wounded and the death toll could rise. The imam of the mosque was among those killed, police said.

Taliban leader Haibatullah Akhundzada was not in the mosque when the bomb went off but his younger brother, Hafiz Ahmadullah, was among those killed. The Taliban leader’s son was wounded, one of the sources said.

Twenty-two others were also wounded in the blast that took place after Friday prayers, Inspector General of Balochistan Police Mohsin Hassan Butt said. They were shifted to the Civil Hospital Quetta.

Police did not confirm the identity of any of the victims.

“It was a timed device planted under the wooden chair of the prayer leader,” said Abdul Razzaq Cheema, chief of police in Quetta.

“The death toll could increase as some of the victims were seriously injured,” Shafqat Janjua, a police official, said.

TV footage showed the blast caused extensive damage to the walls and ceiling of the seminary. One of the sources, who visited the site after the blast, said security at the mosque was always very tight.

The mosque, located in Kuchlak area on the outskirts of Quetta, was known to be visited by members of the Afghan Taliban, the sources said.

Prime Minister Imran Khan strongly condemned the terrorist attack. Praying for the martyred, the prime minister offered condolences to the bereaved families. He advised that the wounded people be provided the best medical care.

There was no immediate claim of responsibility for the blast which comes as the Taliban and the United States are in the final stages of negotiations on an agreement letting America end its longest war and withdraw its troops from neighbouring Afghanistan. Pakistan has promised to help the United States end the Afghan war and both US and Taliban negotiators have recently reported significant progress in their talks in Qatar. The Taliban, in exchange for a US troop withdrawal, are expected to guarantee that Afghanistan will not be used for international terrorism. The militants, fighting to expel foreign forces and set up an Islamic state, are also expected to make a commitment to power-sharing talks with the US-backed government and a ceasefire.

US President Donald Trump is keen to bring the troops home but many Afghans fear a US troop withdrawal will leave the government battling the Taliban alone. The United States has about 14,000 troops in Afghanistan, with a focus on training Afghan forces and counter-terrorism. The Taliban roam through more territory now than they have since their 2001 ouster and fighting between government forces and the insurgents has been heavy.