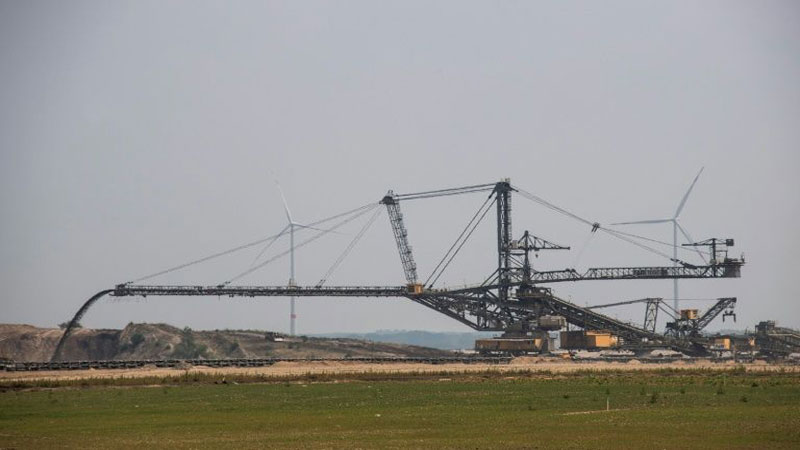 “We’re dying here and no-one is listening to us,” says Heidemarie Liebo, a retired woman from Heinersbrueck, an eastern German village hit by depopulation and despair.

The community of 600 people in southern Brandenburg state near the Polish border is adjacent to one of the region’s biggest job providers, the coal-fired power plant Jaenschwalde.

Yet it hardly benefits from the economic spin-offs from the plant, which at any rate is set to close by 2038 as Germany seeks to reduce its carbon emissions and meet its climate goals.

The locals are worried about the future, many feel ignored, and they are turning their backs on Chancellor Angela Merkel’s Christian Democrats and the other mainstream parties.

While the share of foreign-born residents in the region, at less than five percent, is among the lowest in Germany, the vote for the anti-immigration far right has exploded in the village.

Nearly 40 percent here chose the Alternative for Germany (AfD) during the 2017 legislative elections, when it became the biggest opposition party in the German parliament.

And for many residents regional elections on September 1 in Brandenburg, as well as in neighbouring Saxony, will be another opportunity to register their protest.

“We have no foreigners here, and no racism problems,” Horst Nattke, mayor of Heinersbrueck and a retired coal plant worker, tells AFP in the dilapidated community hall.

In his town, the school, supermarket, bakery, local history museum and weekly consultation hours of the country doctor have all disappeared.

A new bicycle path, which would allow villagers to avoid the national highway when they go shopping in the nearest city, has been talked about for 25 years but not materialised.

And the planned closure of the coal plant fans deeper fears about jobs and prosperity.

“What will we be offered in its place?” Nattke asks.

Liebo, head of an elderly citizens association, lists other grievances, such as poor mobile phone reception.

In distant Berlin, “they want to develop 5G, but we still don’t even have a network!,” she exclaims.

“They are driving e-scooters, we have to stop driving diesel cars. But without a car, how do we do it?

“We don’t see any alternative, we tell ourselves that we have to try something else.”

Resentment towards established parties is one of the main drivers of extremist voting, particularly in Germany’s east, says sociologist David Begrich.

“Many AfD voters do not have an extreme right-wing view of the world but draw on particular points from the party’s electoral promises, including anti-establishment rhetoric,” he says.

“This resentment against ‘those up there’, the elite, pleases people in the east.”

Aside from railing against immigrants, the AfD seeks to mobilise previous non-voters with promises of citizen participation, improving local public services and raising the minimum wage.