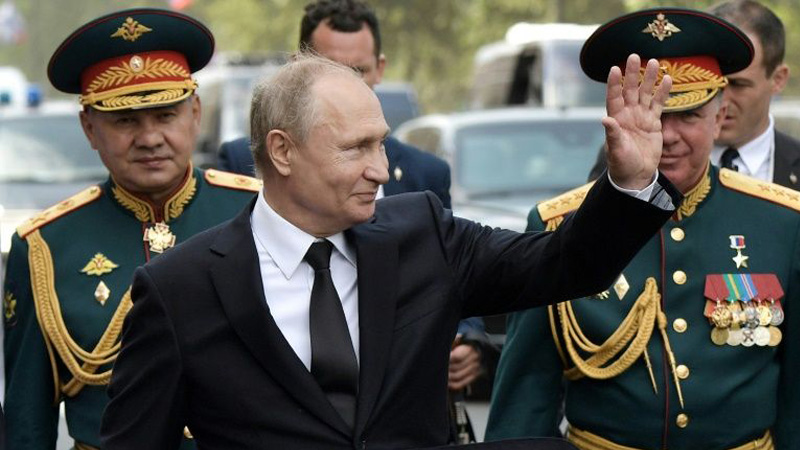 A deadly explosion at a Russian testing site has focused attention on President Vladimir Putin’s bid to build a nuclear-powered missile that the Kremlin hopes would give Moscow the edge in a new arms race.

Western experts have linked the blast at the Nyonoksa test site on August 8, which caused a sharp spike in local radiation levels, to the 9M730 Burevestnik nuclear-powered cruise missile first revealed by Putin in 2018.

The Kremlin has, however, not confirmed that the accident was linked to the Burevestnik project and the identity of the missile that exploded remains uncertain.

But while a nuclear-powered missile with the theoretical ability to strike any target on planet earth may seem attractive, analysts warn the technical difficulties and risks could outweigh any strategic gain.

Russia’s nuclear agency Rosatom said that its staff, five of whom were killed in the blast, were providing engineering and technical support for the “isotope power source” of a missile.

Why seek a nuclear-powered missile?

Fears of a new arms race between Russia and the US have intensified after the collapse this year of the Cold War era Intermediate-Range Nuclear Forces (INF) treaty.

The aim of developing a nuclear-powered missile is to give it a range that is, in theory, unlimited, said Corentin Brustlein, head of security studies at the the French Institute of International Relations (IFRI).

“This also, in theory, frees you up from the constraint of the amount of fuel that you can carry,” he told AFP.

“With unlimited range, you can make major detours to strike the enemy in exposed zones, use trajectories that are not under surveillance and thwart and surprise American radar and their anti-missile defences,” he added.

He said that Russia still has an “obsession” over American missile defence dating back to the Cold War and the presidency of Ronald Reagan who championed the Strategic Defence Initiative programme known as “Star Wars”. “They fear that the Americans one day will have a capacity to neutralise their arsenal using offensive and defensive means.” “Russia is multiplying its options to be certain to be able to penetrate American missile defence systems,” he added.

Are the risks too great?

The technical demands of manufacturing such a missile are huge, requiring the miniaturisation of a nuclear reactor to a scale where it can be put on the missile.

And the risks for the scientists and operators — especially in the early phase of development — are clear.

A former chief of a French intelligence service, who asked not to be named, told AFP that such safety considerations would normally act as a brake on the development of the weapons. But “Russia does not respect the same security guidelines because they consider them to be too heavy,” he said, noting that France only used nuclear reactors in submarines and its Charles de Gaulle aircraft carrier.

“Overall, is it worth it? We thought not and we are not the only ones.” Experts have rubbished any comparison with the 1986 Chernobyl nuclear disaster — which the Soviet authorities kept under wraps for days — but there have been local radiation concerns.