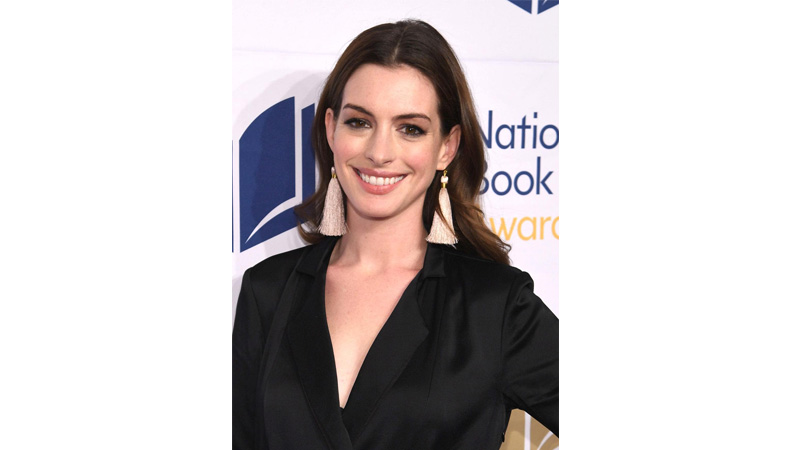 Back in 1999, a young-and eager-Anne Hathaway landed her first gig on the short-lived drama series ‘Get Real’.

But rather than celebrate, she was subtly told to focus on her body.

Now, two decades later, the 36-year-old is still thinking about her figure albeit in a more positive light. Take, for example, her experience on set of her latest flick ‘The Last Thing He Wanted’.

“I have [costume designer] Ane Crabtree asking me what my body does on my moon-which I realized meant my period-and so she can make adjustment for me,” Hathaway said. “It was just this beautiful thing.”

“I am cautious in my praise of how Hollywood is shifting,” she noted. “There is so much more body inclusivity-which is great!-but the thin thing is definitely still the centralized ‘normal’ expectation.”

For the upcoming thriller, she was actually asked to pack on 20 pounds, which, she told Allure, she happily agreed to. Alas, while prepping for the part, she still had to, of course, shut down body shamers.

“I am gaining weight for a movie role and it is going well,” Hathaway wrote to her Instagram followers last year. “To all the people who are going to fat shame me in the upcoming months, it’s not me, it’s you. Peace xx.”

Now, looking ahead, the pregnant star-she is already mom to Jonathan Rosebanks Shulman, 3-is optimistic. Especially when it comes to women a making change in Hollywood.

“It’s more nuanced, and it’s more interesting,” she admitted. “It’s allowed for more interesting characters and stories. Now the big question is are audiences appreciating it? If it’s not supported, it won’t continue. It will go back to the way it was, and people will say, ‘Okay, that didn’t work.'”

The September issue of Allure hits newsstands on August 20, 2019.