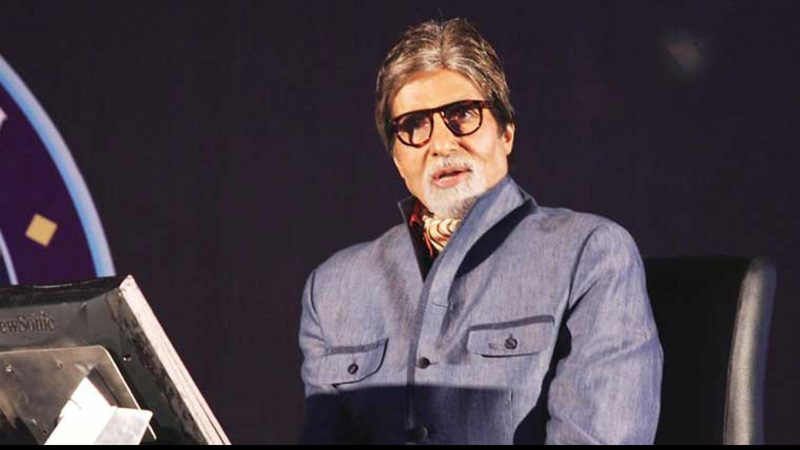 At the trailer launch of the latest season, Big B made an engaging revelation: His loyal viewer for the show back home is none other than wife Jaya Bachchan!

“Everybody in my family watches ‘KBC’, but Jaya watches the show regularly. No matter what work she has, she will sit in front of the TV when the show starts. I would like to thank her publicly for that,” said the megastar, at the trailer launch in Mumbai on Tuesday.

While his entire family – including daughter Shweta Bachchan-Nanda and daughter-in-law Aishwarya Rai-Bachchan – love the show, they are unable to participate owing to certain rules of the channel, he added.

“My family loves playing KBC at home — sometimes Shweta plays, sometimes Aishwarya. We all sit together and discuss the questions and answers. However, as per the rules of Sony channel, my family cannot participate in the game show. So, I abide by their rules and keep them away from the show,” he pointed out.

Asked if his seven-year-old grand-daughter Aaradhya watches the show, he replied: “Even Aaradhya has started watching the show now. She asks me questions about it and also tries to answer the questions when we all sit together and play the quiz at home.”

The 76-year-old actor, who is extremely energetic and is doing back-to-back films at his age apart from hosting the game show, was quizzed on the secret behind his energy. “It’s my job, I have to do it,” he simply replied, adding he tries to do as much work as possible.

The tagline of Season 11 is ‘Ade raho’, which translates to ‘Be resolute’. When Big B, who completed 50 years in the Hindi film industry this year, was told that the line applies to his life as well, he replied, “I try to keep working. I keep doing whatever work I get. I am grateful that you think I have been resolute in life. I feel, as long as we live, we will have to keep fighting.”