Melina Gates’ book is about uplifting the women of the world 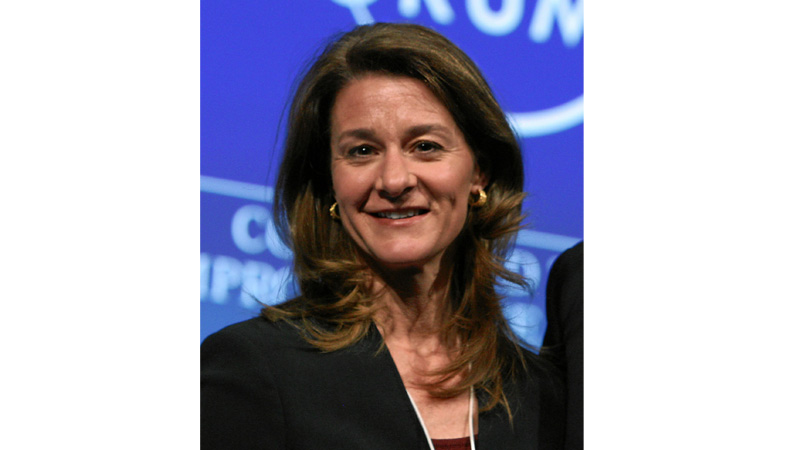 Only a woman can understand the tribulations another woman faces. Melinda Gates, the wife of Bill Gates and the co-chair of the Bill & Melinda Gates Foundation, brings to light appropriate issues and concerns facing women in her book The Moment of Lift – How Empowering Women Changes the World.

The book is more of a guide for women to help them understand their needs. Melinda takes the motivation to write it after having travelled to distant and remote parts of the world and by observing varying lifestyles and challenges faced by women globally. While reading, you will come across how various factors move society towards progress. In every society, the women are the unsung heroes for they help men – while acting as a catalyst – to create and maintain that driving force to bring social development.

Philanthropist and former Microsoft general manager Melinda Gates dwells on gender-related inequalities. She narrates the inspiring story of Sanare and his wife Anna who live in a goat shed in Tanzania. Anna travels on foot for 12 miles every day to fetch water. She is unable to complete this task after their child is born

Philanthropist and former Microsoft general manager Melinda Gates dwells on gender-related inequalities. She narrates the inspiring story of Sanare and his wife Anna who live in a goat shed in Tanzania. Anna travels on foot for 12 miles every day to fetch water. She is unable to complete this task after their child is born. Since fetching water has been a woman’s job, no man would do it. However, Sanare, knowing her wife’s condition and their need for water, decides to fetch water himself, an action that the locals at first saw with much scepticism. Things begin to change after Sanare takes the first step. Stories such as this are part of the book that compels us to change the way we look at our societies and how people have brought a positive change in their life and to their surroundings while keeping the sanctity of their moral values intact. 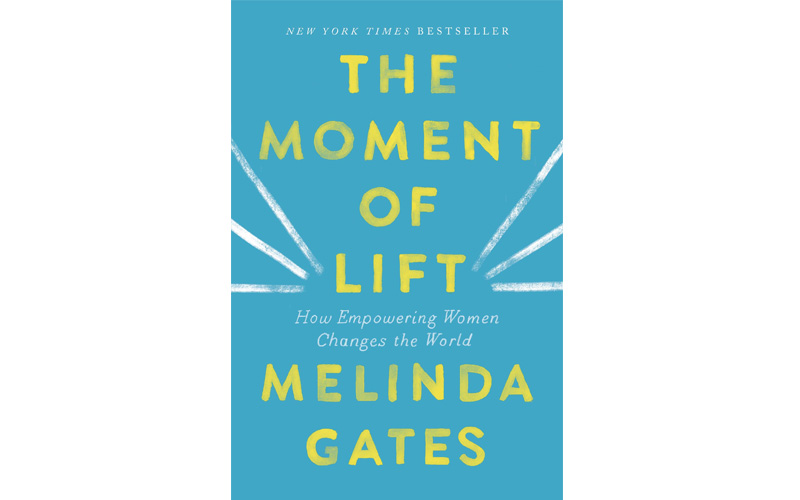 In the book’s introduction, Melinda narrates from where she derived the idea for the title. After explaining that her father was an aerospace engineer working on the Apollo program and that space launches for her were a big deal, Melinda writes, “Those moments always gave me a thrill – especially that moment of lift when the engines ignite, the earth shakes, and the rocket starts to rise. I recently came across the phrase ‘moment of lift’ in a book by Mark Nepo. He uses the words to capture a moment of grace. I want to know how lift happens!”

Melinda talks about poverty from a different perspective. According to her, poverty is when people cannot protect their family or save their child. She advises helping mothers protect their children, which will empower women. She explores the concept of family planning and how women who lack life’s necessities can also follow it. She tells how family planning helps low-income families overcome their financial constraints and lead them towards a better life.

One of the most important chapters of the book is, “The Silent Inequality: Unpaid Work.” While citing the example of Kanpur, India, Melinda says that men engage in one hour of unpaid work while women do it for six hours. Interestingly, Melinda’s research led to a shocking revelation – this data holds valid for the richest countries as well.

In a chapter discussing child marriage, Melinda talks about the distressful practice to wed a minor girl so her parents can get money and have one less person to spend money on. She says that child marriage is now a tradition and a part of low-incoming economies. Melinda aptly writes, “Tradition without discussion kills moral progress.” It is, therefore, the act of discussing the tradition, coming up with possible consequences and having an eye to the understanding of long-term effects that we can build a better society. And the premise is to educate women and help them become more aware of themselves and to their surroundings.

Melinda Gates also touches upon the impact women can create in a workplace. She puts forward an interesting set of reasons for why women are no longer part of the Information Technology (IT) landscape. She says that since personal computers were sold as gaming devices, more boys used them and that a computer coder is someone with less social skills, which cancels out women. Gates also writes that previously women were hired in tech and IT-oriented jobs as these were more clerical, however, now since these jobs have become complex, men are chosen over women.