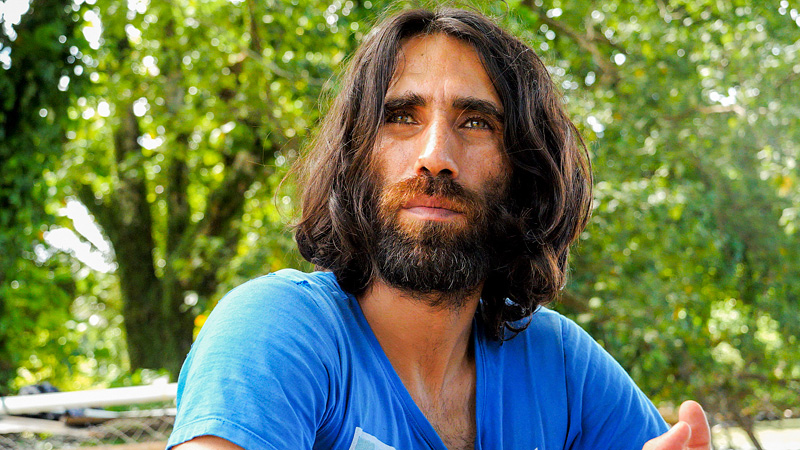 Kurdish Iranian writer Behrouz Boochani has continued his sweep of the Australian literary prize landscape, winning the $25,000 National Biography award on Monday – yet another award the refugee was unable to accept in person, as he enters his sixth year of detention on Manus Island.

Boochani’s autobiography No Friend but the Mountains tells of his journey from Indonesia to Australia by boat, and his subsequent imprisonment on Manus Island by the Australian government, which continues to refuse him entry.

The journalist and activist who fled Iran in 2013 under fear of persecution composed the book one text message at the time from Manus. It was translated from Persian by his friend Omid Tofighian.

At the National Biography award, which was presented on Monday morning at the State Library of NSW, the judges’ praised Boochani’s book as “profoundly important, an astonishing act of witness and testament to the lifesaving power of writing as resistance”. 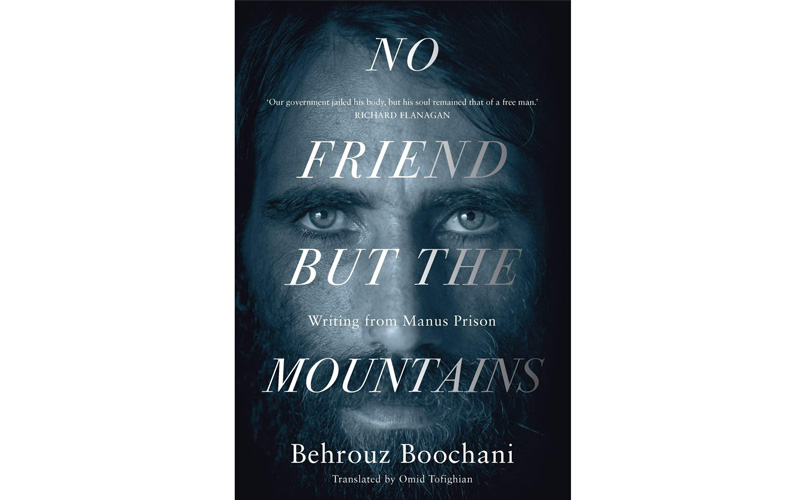 Boochani appeared at the awards ceremony via WhatsApp. “I don’t want to talk about literature, I would [just] like to say that I think the literature community as a part of civil society of Australia are part of our resistance in front of this system, and I think it is very valuable, and I do appreciate everyone for recognising my work,” he said.

He thanked the prize organisers, Tofighian and his first translator, Moones Mansoubi, as well as his other supporters. “I think history will judge this generation and will judge all of us in this hard and dark period of Australian history,” he said.

In February, after winning the Victorian premier’s literary prize, Boochani said he had created an image of himself as “a novelist in a remote prison” as a coping mechanism in the face of the brutality of Manus. “This image always helped me uphold my dignity and keep my identity as a human being,” he said. “In fact, I created this image in opposition to the image created by the system.”

“Collaboration [with Tofighian] has made this book, which demonstrates how innovative, experimental and creative the work of translation can be,” they said.

Sofija Stefanovic was also awarded the $5,000 Michael Crouch award for a debut work for her memoir Miss Ex-Yugoslavia, which the judges described as “finely observed and ambitious”.

Four authors who were also shortlisted for the award will each receive $2,000. They were Do Oysters Get Bored? A Curious Life by Rozanna Lilley, One Hundred Years of Dirt by Rick Morton, The Trauma Cleaner by Sarah Krasnostein and The Wasp & the Orchid – The Remarkable Life of Australian Naturalist Edith Coleman by Danielle Clode.