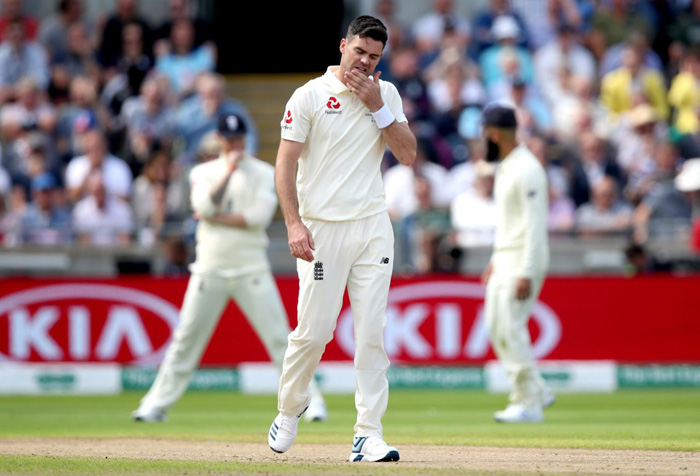 Jimmy Anderson has expressed his frustration after a recurring calf injury struck on day one of the opening Ashes Test.

After missing almost a month after picking up a calf strain with Lancashire, the 37-year-old record breaker was selected for the opener at Edgbaston.

The hosts subsequently lost by 251 runs to Australia at a ground which was meant to be their fortress.

And his injury has seen him ruled out of the second Test at Lord’s this week – with World Cup star Jofra Archer to replace him.

“I felt great in the first few overs then in my fourth over,” explained Anderson, “it didn’t feel quite right.

“So I went off to get it checked and all the tests that they do on the calf to see if it’s alright, it just wasn’t playing ball.

“So, hugely frustrating, you feel a lot of emotions actually. I felt angry as well.

“Having done all the work to get there, I missed the Ireland game as a precaution to then make sure I was right for the Ashes and then for it to not play ball.”

It means England risk falling 2-0 down in the series – with Lord’s traditionally one of Australia’s favourite grounds – before their danger man becomes available again.

The gamble of rushing him back into the Test side was widely criticised after his injury on day one, but Anderson insisted the correct recovery protocol was followed.

He added: “Literally, there’s nothing else we could have done. I did all the rehab, the only thing I didn’t do was play a match but there’s T20 going on at the minute and there’s no game to play.

“But I’m sure if I do manage to come back in this series, then I’ll have to play some cricket beforehand.”