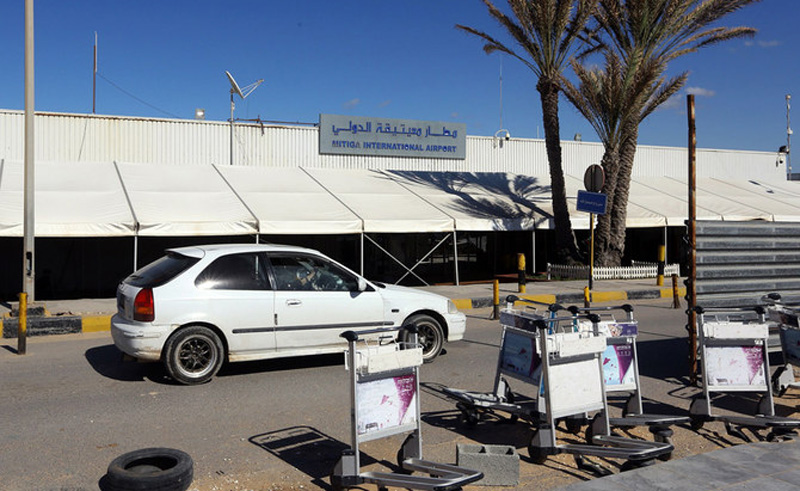 Airstrikes pounded the outskirts of Tripoli early on Tuesday as fighting resumed after a two-day truce.

The UN-brokered cease-fire was the first since eastern forces of the Libyan National Army commanded by Khalifa Haftar launched an offensive in April to capture the city.

The airstrikes focused on the road linking the city center with a shuttered old airport that Haftar’s forces took back in April, and the neighborhoods of Wadi El-Rabie, Khallat El-Fujan and Suq Al-Jumaa.

The militias allied with the regime in Tripoli also shelled Haftar’s forces in the southern and eastern outskirts of the city.

Both sides had accepted the truce before the Eid Al-Adha holiday, though they each later claimed the other had violated the cease-fire.

Authorities at the Mitiga airport, Tripoli’s only functional airport, suspended flights for several hours on Sunday after reporting that a shell had landed a few meters away from the runway. The Tripoli militias blamed Haftar’s forces for the shelling.

No civilian casualties were reported on Tuesday, but fighting since April has killed more than 1,100 people, mostly combatants, and displaced more than 100,000 civilians from their homes.

Many of the displaced have tried to flee to Europe from the Libyan coast, leading to a renewed refugee crisis in the Mediterranean Sea.

The UN refugee agency urgently appealed to European governments on Tuesday to let two migrant rescue ships disembark more than 500 passengers who remain stranded at sea as countries bicker over who should take responsibility for them.

The refugees rescued while trying to cross the Mediterranean are on ships chartered by humanitarian aid groups, which both Italy and Malta have banned from their ports.

It is unclear where they might find a harbor, even though the Italian island of Lampedusa appears closest. About 150 of the refugees have been on the Spanish-flagged charity ship Open Arms since they were rescued from the Mediterranean two weeks ago.

“This is a race against time,” said UNHCR special envoy Vincent Cochetel. “Storms are coming, and conditions are only going to get worse.”

Migrant numbers had been falling, but nearly 600 have died or gone missing this year in waters between Libya, Italy and Malta.

The UNHCR said many of the refugees were “survivors of appalling abuses in Libya.” Cochetel said the ships must be allowed to dock immediately and their passengers given humanitarian aid.

“To leave people who have fled war and violence in Libya on the high seas in this weather would be to inflict suffering upon suffering,” he said.