Latest round of Taliban-US talks remains ‘productive’ but indecisive

* Taliban spokesperson says Khalilzad will come back to Qatar after Eid for talks, as the process will continue until everything is finalised 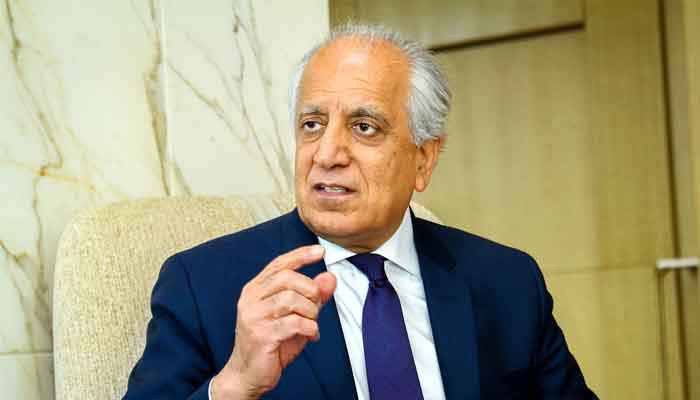 Afghan Taliban and US officials have completed another round of talks but failed to announce a peace deal despite repeated claims by both sides that they are closer to an agreement to end the American longest war in Afghanistan.

Taliban spokesman Zabihullah Mujahid and the US peace envoy Zalmay Khalilzad claimed the August 4-12 talks in Qatar were “productive”.

The “8th round of negotiations were wrapped up at 02:30am b/w (Monday) both negotiation teams following continuous work. Work was tedious & effective. Both sides agreed to consult their respective leaderships for next steps,” Mujahid wrote on Twitter. He offered no more details.

Khalilzad, who travelled to India, Brussels and Germany over the past few days, said he will brief the leadership.

“We’ve concluded this round of talks that started Aug 3 between the US and the Taliban. Over the last few days, the two sides focused on technical details. They were productive. I am on my way back to DC to consult on next steps,” the US envoy said in a Twitter post on Monday.

The eighth round started on August 3 and technical committees continued deliberations since then. They even met on the first day of Eid to finalise details of the two issues, withdrawal of the foreign forces and to stop terrorism from Afghan soil.

The Taliban insist both sides discuss the two issues while US special envoy Zalmay Khalilzad has always spoken about four issues – troop withdrawal, counter-terrorism assurances, participation in intra-Afghan dialogue and negotiations, and permanent and comprehensive ceasefire. He says the US does not discuss troops’ withdrawal but a comprehensive agreement and withdrawal as part of it.

No date was announced for a new round; however, a senior Taliban negotiator Mullah Khairullah Khairkhwa said in recent reported remarks that details of the two issues were yet to be finalised and talks would be held after Eid.

The negotiation teams had concluded talks on August 6 and both sides assigned small technical teams to finalise details; however, they could not finalise the agreement.

“We were discussing details of two issues (withdrawal and counter-terrorism). We want to settle all issues now so there should be no difficulty in the implementation process,” Khairkhwa said in a video posted online on Friday.

“If any issue remains unresolved then we will meet after Eid,” the Taliban leader said.

He said Khalilzad will come back to Qatar after Eid for talks, as the process will continue until everything is finalised.

To a question as to how the peace agreement will be signed, Khairkhawa said when both sides finalise all details of the accord about the two issues then witnesses and guarantors, including representatives of the UN, OIC and neighbouring countries, will be invited to witness the signing ceremony.

“After we sign the peace deal we will start formal intra-Afghan dialogue to make decisions about other issues,” the Taliban leader said.

“Our presence in Afghanistan is conditions-based, and any withdrawal will be conditional,” the US envoy has said.

The Taliban say several countries, including Uzbekistan, Germany, Norway and China, have offered to host intra-Afghan dialogue; however, a final decision about the venue has not been decided so far.

Taliban representatives returned to Qatar Monday morning after a week-long visit where they also discussed holding intra-Afghan dialogue in the Uzbek city of Samarkand.

Ambassador of Uzbekistan to the US Javlon Vakhabov said on Twitter Mullah Baradar has “confirmed that the next intra-Afghan peace talks will take place in Samarkand.”

Baradar led a 12-member delegation to Uzbekistan where they also met the country’s Foreign Minister Kamilov after 20 years since he held first talks with Mullah Muttawakil, Taliban Foreign Minister in 1999 in Kandahar.