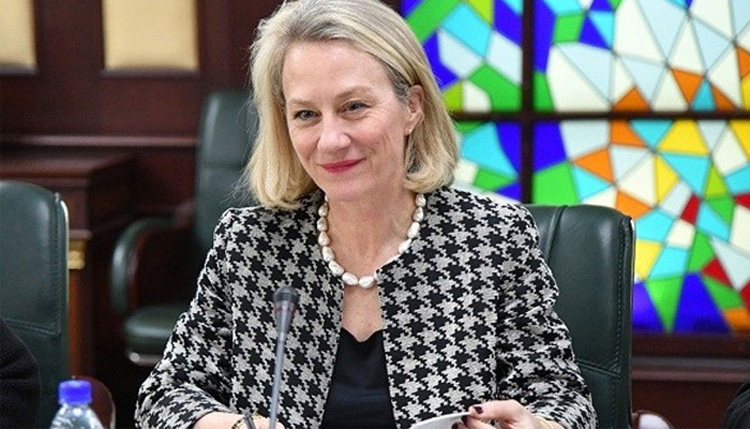 United States Principal Deputy Assistant Secretary for South and Central Asian Affairs Ambassador Alice Wells has welcomed the bilateral move by Islamabad and Washington to remove travel and restrictions on each other’s diplomats.

“Pleased to see that both Pakistan and the US removed travel controls and other measures inhibiting the work of one another’s diplomats,” she was quoted by the US Bureau of South and Central Asian Affairs (SCA) in a tweet on Monday. “We’re both committed to a renewed effort to help our diplomatic missions work more effectively to strengthen the ties between our nations,” it added.

On Wednesday, the State Department had announced that it removed travel restrictions placed on Pakistani diplomats based in the United States. The State Department further said the government of Pakistan has also reciprocated with a similar measure in relation to its diplomatic personnel assigned to its Embassy and Consulates in Pakistan. “Both sides are committed to a renewed effort to remove impediments on our respective diplomatic missions in line with international norms,” it said in a statement. The decision came after Wells held crucial talks with Pakistan’s civil and military leadership in Islamabad last week. The senior US diplomat, during her visit, also rubbished claims that New Delhi reached out to Washington over its move to strip Indian-held Kashmir (IHK) of its special status.

In May last year, Islamabad had imposed tit-for-tat restrictions on the US diplomats in the country days after the State Department announced that Pakistani diplomats would only be allowed to move around within the 40 kilometre radius in Washington.