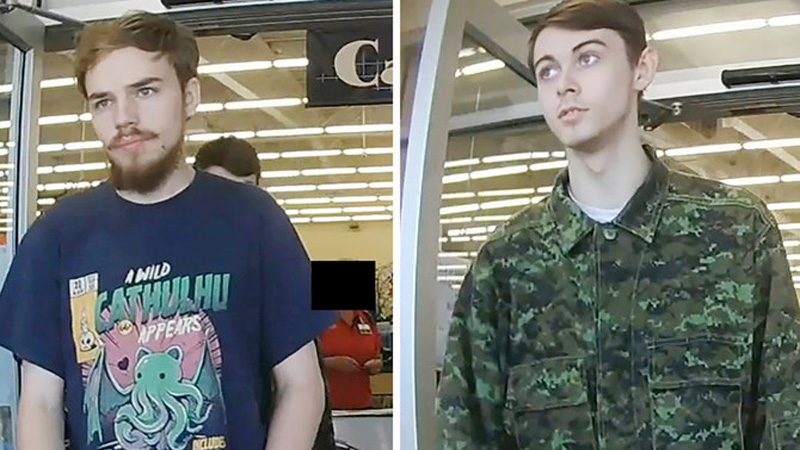 Canadian police said Monday they believe two teenage fugitives suspected of killing a North Carolina woman, her Australian boyfriend and another man took their own lives amid a nationwide manhunt.

McLeod and Schmegelsky were charged with second-degree murder in the death of Leonard Dyck, a University of British Columbia lecturer whose body was found July 19 along a highway in British Columbia.

They were also suspects in the fatal shootings of Australian Lucas Fowler and Chynna Deese of Charlotte, North Carolina, whose bodies were found July 15 along the Alaska Highway about 300 miles (500 kilometers) from where Dyck was killed. The couple had met at a hostel in Croatia and their romance blossomed as they adventured across the US, Mexico, Peru and elsewhere, the woman’s older brother said.

A manhunt for the teenage suspects had spread across three provinces and involved the Canadian military. The suspects had not been seen since July 22, and their bodies were found near Gillam, Manitoba — more than 2,000 miles (3,200 kilometers) from northern British Columbia.

Police said in a statement McLeod and Schmegelsky were dead for a number of days before they were found, but said there were strong indications they had been alive for a few days after they were last seen. Two guns were located, and authorities are working to definitively confirm that the firearms are connected to the murders in British Columbia. The British Columbia Prosecution Service said criminal charges don’t move forward if the person who has been accused is proven dead.

Police said items that were found on the shoreline of the Nelson River proved key in helping locate the suspects. Specialized teams began searching high-probability areas nearby, and on Wednesday morning, the two bodies were found within 1 kilometer (0.6 miles) of the objects.