When his other classmates were planning to swarm downtown hangouts or fly abroad for chill time once their A level papers were over, Awais Haider Butt, however, was thinking about checking in to an aviation academy to take his long awaited flight. Right after one week of A levels paper, Awais Haider Butt took his first flight lesson, and, in fact, took his first step to become Pakistan’s youngest commercial pilot.

Born in Pakistan but raised in the United Arab Emirates, as his parents moved to the UAE when he was three, Awais Haider Butt completed his A levels when he was 16 and a half.

Coming from a very humble background, Awais Haider Butt, who has two younger brothers, says he joined an aviation academy in Greece right after he was done with his A levels. The feat to be the youngest Pakistani commercial pilot came after two years and he started flying a commercial airline in the Gulf region. 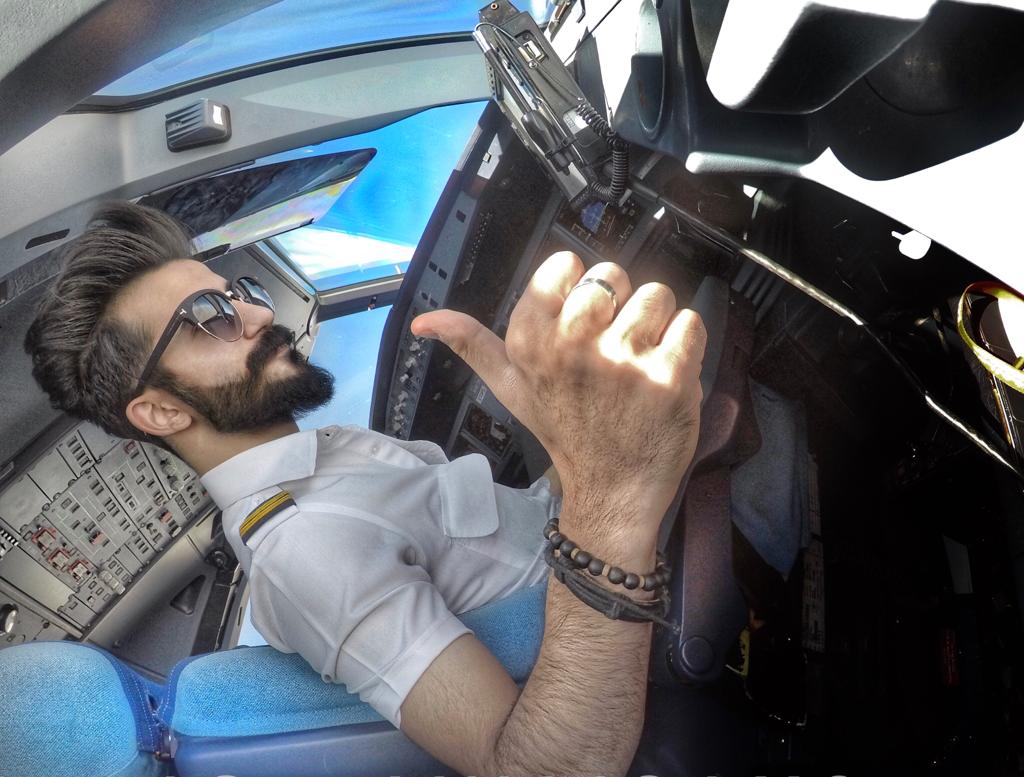 ”There was lots of planning, hard work and dedication, I put towards this goal.”

Did he want to become the youngest pilot of Pakistan?

To meet his dream, he had to sacrifice a lot.

“I can never rest when I have unfinished business. In this case, the unfinished business was to become a pilot. So, a week after I took my A levels exam was my first day at the aviation academy, which meant no summer break for me. But i was pretty happy about it. I finished my training in 18 months. I was 17 when I first flew the training aircraft and 18 when I started flying for a commercial airline,” he speaks in impassioned tone.

How was the aviation training regime?

“Right when I started my training, there was no looking back and no breaks for me. So I would say hard work, dedication and determination were the contributing factors for me becoming the youngest commercial pilot and definitely my parents’ prayers and family’s support also played the most important role.”

Once training was over, and his career formally took off, he felt he was flying onto new horizons. Though the training was full of flying hours with an instructor, and learning lessons of aircraft operations, aviation, aeronautical engineering and so on, once Awais Haider Butt stepped into a cockpit as a professional commercial pilot, many new things unfolded. He discovered that aviation was an itself.
“Well, I would say aviation is an art of itself; I mean looking at such a huge aircraft fly at about 39,000 feet carrying a huge number of people is very amusing in itself. Aviation is a display of what the human mind is capable of.”

Since his maiden flight five years ago till June 2019, Awais Haider Butt has flown the airbus for 3,000 plus hours. He spent these flight hours all over the world.

Most of his career has been on long flights.

“I’ve been on flight as long as seven hours and they are definitely more demanding than the shorter flights. During the cruise of the flight, pilots work hard to maintain the right situational awareness. We have to look around and gather information about the airports around them in case something goes wrong and we have to crash land. As pilots, we are taught to stay ahead of the aircraft at all times and to prepare for the worst. Long flights are also a good time for pilots to brush up their knowledge of the aircraft and company manuals.”

While being on the horizon is always a unique experience, the most challenging hours for a pilot are always take off and landing moments.

“Frankly speaking, I can’t describe that feeling in words; it’s a feeling I have never experienced elsewhere in life. Putting it to words is not going to be just to it. But if I try, all I can say is it’s a great feeling of joy, responsibility, and pride. Wearing the uniform before a flight itself gives you a great unmatched feeling of pride.”

The pride comes at a cost.

As most of us are celebrating Ediul Azha with our families, this is not the case with Awais Haider Butt. Since the inception of his career, he has hardly been with his family on Eids or marriage functions. On this Eidul Azha, he will be taking off, flying the airbus and landing in different parts of the world.

“I feel happy when I transport people to their families for such happy festival reunions,” says the young pilot, whose second love is his instagram account where has over 86,000 followers.

The author is a broadcast journalist an can be reached at fatimaatta@gmail.com