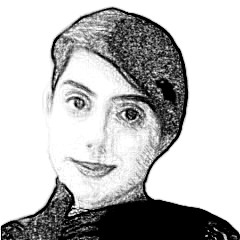 It has been a difficult year for Pakistan’s elected Prime Minister Imran Khan who inherited the grievous economic and financial crises of the country. Even though there are tough measures being taken by the government to get hold of the reigns of a crumbling economy, it seems like the things are going to get worse before they start to get better.

All the macro economic and financial indicators of the country are currently showing a downward trend painting a very bleak picture of the Pakistan’s economy. The country’s growth rate has fallen to a nine year low and is forecasted to reach to a further low of 2.4 percent by the start of the next year. Inflation is creeping up and has risen to an annual rate of 10.4 percent in July 2019 reaching a five-year high. The Pakistani rupee has lost almost one fifth of its value since the start of this fiscal year reaching to a low of almost 160 USD in 2019 from the 110 USD since 2018. Even though unemployment is stabilized at around 5.8 percent, youth unemployment is increasing slightly.

Adding fuel to the fire is the issue of the constantly increasing debt, which devours almost 30 percent of the budget each year. Once again IMF had to step in to get Pakistan out of this quagmire. Pakistan recently signed its 13th bailout package since 1980’s worth $6 billion. The problem does not stop at the never-ending debt accumulation but is accelerated by the stalling Government Revenues. Part of the problem of this large accumulation of debt is the low revenues and high non-development expenditures contributing to the financial disaster.

According to the statistics posted by the Pakistan government it has one of the lowest tax collection in the world, only 2 million Pakistanis file tax returns each year, making the ratio of revenue collection to GDP less than 12 percent.

The director of IMF also stressed on Pakistan’s government’s need to mobilize domestic tax revenues as well as cutting or reducing military expenditure and increasing expenditure on social and developmental projects, while reducing debt. Pakistan’s fiscal and economic distress are the product of repeated policy swings by previous governments, dependence on foreign aid, mistrust between the public and private sectors, and a culture of tax avoidance. A mix of the above has resulted in stagnation of economic development in a country with an increasing population.

However the government’s policies of imposing stricter rules for tax collection to control tax avoidance and increasing taxes especially on businesses, has not gone down well with everyone. The tougher fiscal measures have propelled protests by traders and strike threats by mill owners. But Pakistan’s army chief expressed strong support for the government’s actions, a gesture which provides a strong foothold for the current government to continue enforcing their fiscal policies.

By the end of the amnesty deadline official reports suggested that about 137000 people have registered to declare their assets, which lead to revelation of about $400 million worth of taxes to be collected

Another popular measure taken by Khan’s government, which seems to have a huge success, has been the asset declaration program. By the end of the amnesty deadline official reports suggested that about 137000 people have registered to declare their assets, which lead to revelation of about $400 million worth of taxes to be collected. Moreover, Federal revenue agents have also managed to seize large undeclared properties. However, confiscated wealth and increased taxes would not have an immediate trickle down affect to the middle class and others less fortunate, they may not be able to bear the sting of these extreme emergency measures being taken by the government. According to a former finance official Waqar Masood Khan, it is a difficult time and people of Pakistan would have to give sacrifices for a better future. It is essential to give confidence to the people, to investors, to business owners for Pakistan to get out of this crisis and attain a sustainable growth.

Pakistan should be able to turn its weakness into strengths. For instance, the devaluation of the currency of almost 20 percent could become good news for Pakistan, but only if it manages to control its inflation. This would provide the much-needed boost to Pakistani exports, especially if the global growth continues and cotton availability for the textile industry stays steady.

Thus, if Pakistan is to come out of this vicious cycle of debt it needs to implement a strong tax system and revise its current spending and direct its expenditure towards income generating developmental projects, attract investment and reduce the current account deficit by boosting exports.