Kashmir conflict is political, not religious! 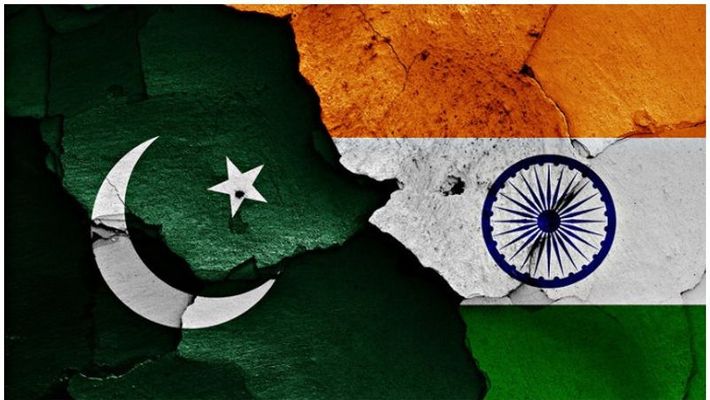 India and Pakistan have been, since their autonomy, in a state of war, either with or within each other. Truth be told, if geographical boundaries are set aside for a minute, the individuals of the Indian subcontinent have now turned out to be entirely distinct groups—three of them—rather then religious forces, totally antagonistic the founding bases of their countries.

Over the most recent couple of decades, the countries have taken some unexpected turns with an end goal to change their characters, or national identity winding up more slanted towards securing nationalities instead of their establishing premise; religion.

On one hand, the development of Pakistan, if worked out as planned, ought to have finished the on-going clash among Muslims and Hindus of the Indian subcontinent. Be that as it may, at that point the possibility of Pakistan, as planned, was not easily executed either. 66% of the Muslims relocated to Pakistan upon segment, while third chose to remain in India. Later the proportion additionally isolated after the division of East Pakistan, presently Bangladesh.

Only one year after the partition, the Kashmir issue began to demonstrate its colors, an issue that finds its underlying foundations in the last 3 centuries.

The 1951 Indian census showed that there were about 8.3 million Christians, 35 million Muslims, and 304 million Hindus, making the portion of Muslim populace around 10 percent in India. When of the 2001 enumeration, that offer had ascended to 13.4 percent, or 138 million Muslims, the greater part of the complete populace of Pakistan.

As nightfall plummeted on the British empire  in India, the proportion of Muslims in the Indian military was around 30 percent. Only 6 years after the fact, it had come down to 2 percent, as per the priest of state for the safeguard of the time.

However, after some time, much the same as the Muslim’s populace in India, that number ought to likewise have risen. It is accepted that at some random minute, there are about 4.66 percent, or 60,000 Muslims in Indian military prepared to confront Pakistani officers, uncovered by Minority Affairs Minister A. R. Antulay while answering to an inquiry in Rajya Sabha as of late.

While then again, Pakistan is significantly prepared to confront those Muslim soldiers who are securing the Indian land, the same as the Indian Muslims on the opposite side. The battle at that point, if genuinely comprehended, isn’t of the religion any longer it had been 70 years back, or maybe the countries are currently increasingly forceful towards securing their national identities and qualities they have framed in these 70 years of their freedom.

India, for example, notwithstanding being a Hindu ruled country, has seen Muslim President, Vice Presidents, Chief Ministers, Governors and leaders of a few Indian foundations including the military, and their records and exhibitions have been the jealousy of their partners. Under President A. P. J. Abdul Kalam, a Muslim, the nation saw its rocket innovation, military advancement and regular citizen space program arrived at new statures.

Pakistan, regardless of being depicted as a home of terrorism and oppression, confronted several devastating terror attacks in the last decade only, including an assault on APS in 2014 killing 150, including 134 kids and school staff individuals. The assault included six-shooters accepted to be partnered with the Tehrik-I-Taliban, Pakistan. “Terrorism has no religion, no nation,” said Navjot Singh Sidhu, an Indian cricketer-turned-politician in a meeting after the Pulwama assault in south Kashmir, accepted by most Indians to have been engineered by Pakistan. The battle truly, as referenced prior, at that point, isn’t of religion any longer. The conflict between the two countries is political, not religious. Because of since quite a while ago proceeded with a battle against one another, India and Pakistan have now begun to secure their national advantages more than their once center standards, however, battle like a similar they completed 70 years prior.

What two countries neglect to acknowledge today, thus the individuals living in them, is that India and Pakistan have for some time been out of the contentions that turned into their establishing premise and broke the war out a few times in their young history. They have now progressed toward becoming ‘countries’, ensuring their ‘national interests’ as opposed to a religious belief system they secured when they were abused.

Actually, presently the battle is substantially more dynamic. The Kashmir struggle doesn’t involve religion any longer, however, a matter of national power for the two countries, which is the reason China, as well, has on occasion assumed a minor job in the battle a few times.

In spite of the fact that the premise of war may have improved, the two countries still battle as they did decades back. The assaults are as yet accused on one another and of religious premise, overlooking that Pakistan, and its military never again battle for religion, however for a national identity same as India, and are prepared to confront a Muslim Indian officer in the combat zone if at any time made to do as such, similarly as on the opposite side of the LoC.