Pakistan and the future of Kashmir cause

Pakistan has always maintained the stance for holding a plebiscite in Kashmir, as stipulated in a UN Resolution. Pakistan has always supported Kashmiris’ struggle in letter and spirit. India, after the abrogation of Article 370 of its Constitution, has stripped Kashmir of its status of an independent state. The move has strengthened India’s stance at international level, giving it flexibility to move around legal obligations. Pakistan, utilising its political, diplomatic and economic resources, can move around only so much, bearing limited fruition as India enjoys cordial diplomatic relations with major powers. 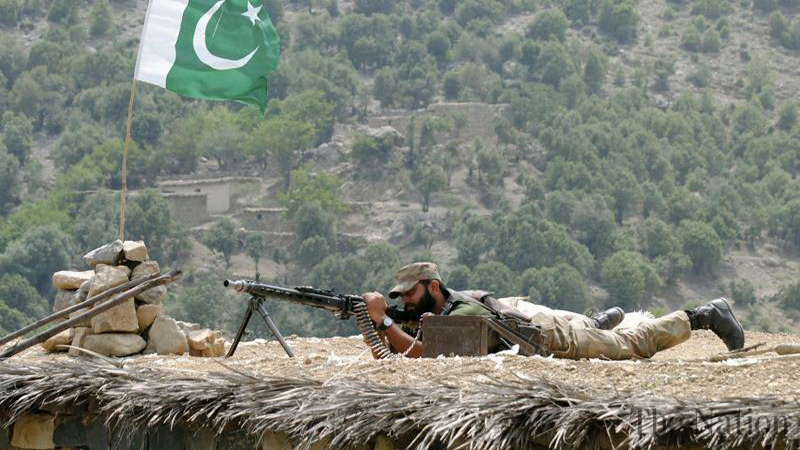 Pakistan can engage with the international community, including the US, China, Russia, the EU, and Arab states, to urge India to lessen the hostility, reduce military and air force alert level and demobilisation of its military assets across the LoC and the International Border with Pakistan. India in addition to its regular deployment of 600,000 troops has mobilised 180,000 additional paramilitary troops from February 2019 till date.

The major powers in this context-US, China and Russia-cando little, as India for them, in economic terms, is the single largest trading partner with its bustling and growing economic prospects as compared to Pakistan that is currently facing a crumbling economy. Pakistan can play its ‘Trump’ card, urging the US to pressurise India for negotiations with more vigour than before, as time is ticking for Kashmiri people with the upcoming demographic changes following the constitutional amendments. China can only help Pakistan to the extent that it can support the Kashmir cause under the guidelines of the United Nations, while it lacks any significant influence over New Delhi itself.

Russia and India have a significant bilateral relationship. The changing tilt of India towards the US, and the emerging political and military relationship between Pakistan and Russia can come into play for Pakistan during the current scenario. It is, however, to be kept in mind that India and Russia are major military partners, and any shift by Russia is to be considered minimal. The role of Middle Eastern countries and the EU is nominal, and holds limited weight, as India is a major economic partner with diplomatic and political relations with many of Arab and EU states, including the KSA, the UAE, the UK, France and Germany.

Pakistan can engage with the international community, including the US, China, Russia, the EU, and Arab states, to urge India to lessen the hostility

Now it is on Pakistan to devise a solution to the Kashmir issue. There is a significant decrease in the support of Kashmiri struggle, and there is subsequent division and clamp down on indigenous Kashmiri armed resistance by India, including mainstream political leadership. The future of Kashmiri struggle is in disarray. The demographic changes of Kashmir would have a drastic effect on the political aspect of the Kashmir struggle. In case of New Delhi’s federal control over Kashmir and its assimilation with India at administrative level, political justification of Kashmir’s struggle for Pakistan would die down. Kashmir, while being a major water source to the region, holds a key strategic importance for Pakistan.

Pakistan’s parliamentary special Kashmir committee has neglected the Kashmir cause at political and diplomatic level. It has suffered a major loss at the international level in the context of propagating Indian political and military atrocities in the region. Pakistan should realise that there should be a firm plan of action to be implemented for the resolution of the Kashmir issue.

Following the abrogation of Article 370 and 35-A, the dynamics of Kashmir would now verge towards establishing a status quo by India along the Line of Control. India’s actions with respect to Kashmir highlights the fact that India wanted to drag the Kashmir issue to that extent where Pakistan is diplomatically and politically weak enough to yield before India’s will. Subsequently, after this political debacle, no one from the international community would bother to side with Pakistan.

President Donald Trump’s statement on mediation in the Kashmir issue during Prime Minister Imran Khan’s visit was enough of an impetus to mobilise the Modi government to carry out constitutional changes, and to signal to the US to implement status quo in the region based on India’s preferences.

Pakistan can now use electronic and print media, along with diplomatic and political platforms, to further the implications of the Kashmir issue. Pakistan, for a long time, has shown military restraint towards Indian aggression in Kashmir along the LoC, but it is to be understood by New Delhi that they should not test our resolve any further. While Pakistan hold significant military capability to engage India militarily, the only reason for abstaining from exercising a military option is to avoid inflicting suffering on the millions of people in the region.

The writer is a research scholar at NDU