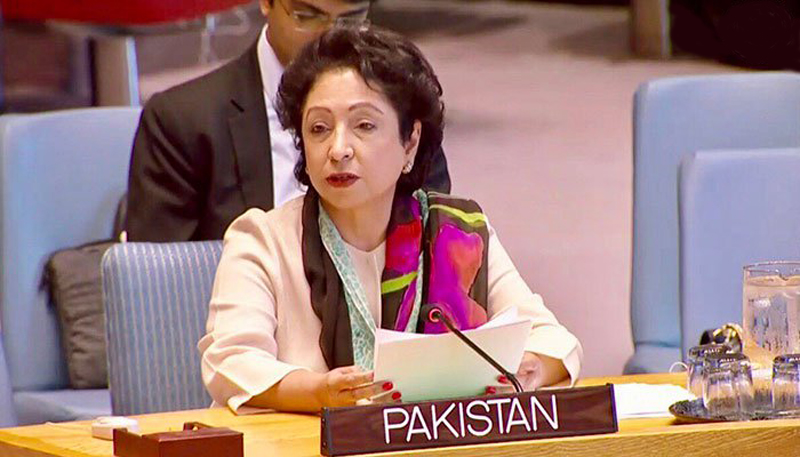 Pakistan’s Permanent Representative to the United Nations Maleeha Lodhi on Saturday said that India wanted to change the demography of Indian-held Kashmir (IHK).

Lodhi further said that the letter gave details about the grave human rights violations by India forces in occupied Kashmir and its ceasefire violations at the line of control (LoC).

Earlier in the day, Minister for Kashmir Affairs Ali Amin Gandapur had said that India was conspiring to change demography in occupied Kashmir.

In a statement, he had said India could not achieve its nefarious designs by increasing the number of its occupation troops in the held territory. The Minister had said India will have to surrender before Kashmiris’ passion of freedom.