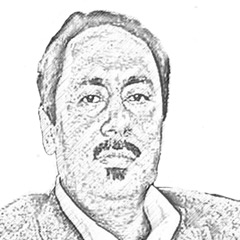 The “Triple Talaq” bill that criminalizes the instant Talaq, passed by the Indian Parliament, has gripped the country in a wide and wild polarization. The bill – popularly known as the Triple Talaq bill – criminalizes “instant divorce,” the practice whereby a Muslim husband can divorce his wife simply by saying “talaq” three times. The bill means that any man doing so will face jail if a complaint is filed against him by any of the wife’s relatives.

The BJP-led government that has initiated the bill and got it passed, is presenting this development as a great act to rectify and undo a justice that has been since long meted out to Indian Muslim women. A sizeable section of Muslim community, if not all of the Muslim in the country, is on the other hand, considering this legislation an encroachment on the religious rights of the Muslims by a Hindu majoritarian regime and an attempt to demonize and persecute Muslims and please their core vote bank; the Hindus.

There are many facets as well as implications to this enactment. On the face of it, the question of triple Talaq, or for that matter its criminalization, seems to have triple aspects, that is, religious, legislative and political.

It is interesting to note that two neighbouring countries with predominantly Muslim population – Pakistan and Bangladesh – have already banned triple talaq. The other important religious aspect lies in the already controversial status of the triple talaq within Muslims; in India and elsewhere. That means, whereas divorce a quite permissible, although an undesirable act, in Islam, the practice of triple talaq is an act not equally practised among different Islamic sects. Some of the sects, like Ahl e Hadees, not only do not practice it, but they consider it not justified.

The answer to question as why India lagged behind in criminalizing instant talaq is not hard to find. One answer could be the secularism that – the indifferent/non-interference of the State in the religious beliefs and practices of the citizens that Indian state has since its Independence been pursuing. But, it is interesting to recall that though India had from the very beginning eschewed a secular ideology, Muslims were allowed to practise their family laws in accordance to the teachings of Islam. The family-related issues of all other religious communities were, however, put under Indian Civil Law. Setting aside the specific talaq issue, this parallel legal system or a sub-system might be taken as a breach to the overall secular spirit. This legal (slef-)ghettoization of Indian Muslim in a larger secular milieu was occasioned by the opportunistically accommodative policy to Congress who has been all along regarding the Muslim communities as its significant vote bank. Hence, any attempt to meddle with their religious matters could, the congress feared, might adversely affect its power politics. BJP, on the contrary, does not consider Indian Muslim her primary voters

Some would suspect the motives and intentions of the BPD government in all this legalization. However, barring the rhetoric employed by a section of Muslim leadership and terming this move as an act against the Indian Muslims en block – an argument too abstract and hardly convincing – the decision per se is in no way an attack or even a sudden upsetting or surprising event or experience for the Indian Muslim. On the contrary, it will be taken by a good number of Muslim as a welcome step. For example, most of the Muslim women would feel a pleasingly strong sense of relief, if not very empowered on this new development.

Given the record track of an exclusionist and pro-Hindu politics pursued by the second stint of BJP regime with Modi in power, almost everything that comes from the incumbent government, it is taken with a grain of salt

More interesting is the fact that in at least one part of India there already exists a common family law for all citizens irrespective of the religion, ethnicity or linguistic affiliation. In Goa you have a single code; Goa civil code that is largely based on the Portuguese Civil Code. Time and again, Muslim clerics from other regions try in vain to spread their wings into this state and have a separate family legal system for the Goan Muslims. But, the positive and pleasing point to the uniformed family law in Goa is this that the Muslim women are thereby spared of a non-privileged position and a disempowered status.

In this way, the present legalization does have its socio-cultural as well as gender-specific dimension.

It goes without saying that women have been assigned in every religion a secondary and subservient standing vis-à-vis their counterparts; the men. But, with the successive reforms in the society and in religious beliefs and practices themselves, one is approaching towards an ideally egalitarian society – also in terms of the gender equality.

Marriage is essentially a Speech act, to use a term by J. L. Austin who, as we know, thinks that the linguistic utterance is a kind of action. In his seminal work; ‘How to Do Things with Words’, Austin’s Speech act theory analyses different acts performed when language is used and he regards this whole process as a rule-governed system.

So, if we take marriage contract as a speech act, we must follow and maintain the law of reciprocity between both parties involved in the contract.

But, in the given situation it is not so. In Nikah – the wedlock agreement, the speech act is mutual and bilateral. In other words, in a Nikah a woman too has, at least theoretically, the same position as the man does, that is, the freedom to affirm or negate the proposal. But, in case of an instant talaq, the contract is terminated unilaterally. Worse even, triple talaq gives this contract a hierarchical edge putting the man in the role of a master and the woman in a slave. She is, thus, deprived of her fundamental human right. This unilateral speech act, in fact, demotes her from a person to a mere thing.

Given the record track of an exclusionist and pro-Hindu politics pursued by the second stint of BJP regime with Modi in power, almost everything that comes from the incumbent government, it is taken with a grain of salt. But, abolishing of the triple talaq or criminalizing is not only not a move against the Indian Muslims, but it will go a long way to ameliorate the lot of Muslim women in the country.