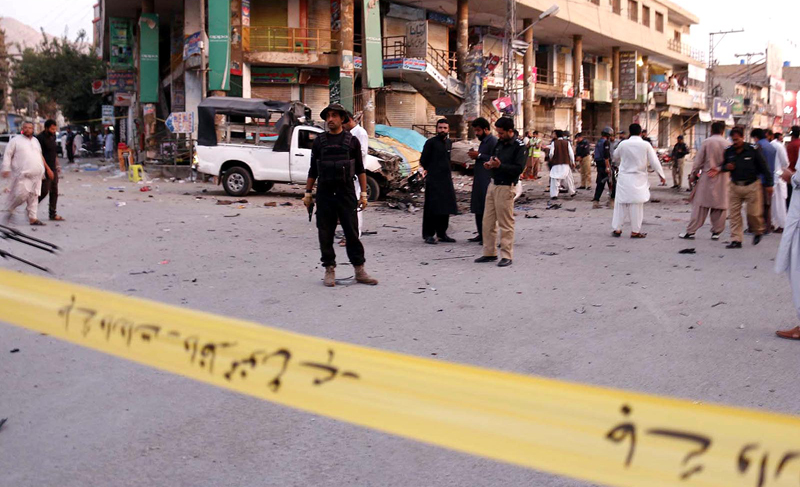 Five people including two policemen were killed and 27 injured in a blast near a police station in Quetta on Tuesday evening, a week after a similar blast that killed two people, police said.

An explosive rigged motorcycle was detonated to target a police van parked outside the police station in the heart of Quetta’s busy shopping area, the city police chief said. “Five people have been killed, including two policemen,” Abdul Razzaq Cheema, Quetta police chief, said. Two women and a child are among the 27 injured in the blast, he added.

The dead and injured were shifted to the Civil Hospital in the provincial capital. An emergency was imposed in the hospital to treat the injured.

Waseem Baig, the spokesman for Civil Hospital Quetta, said that the bodies of two people who died in the explosion were brought to the hospital.

The blast shattered the glass windows of nearby shopping malls and shops. The sound of the explosion was heard far and wide, causing panic among the people.

The City police station is located near Bacha Khan Chowk area of Quetta. It is one of the busiest neighbourhoods of the city.

In a similar blast last Tuesday, two people were killed and 16 injured when an explosive-rigged motorcycle went off outside a store in Quetta.