Govt requests Bizenjo to back down 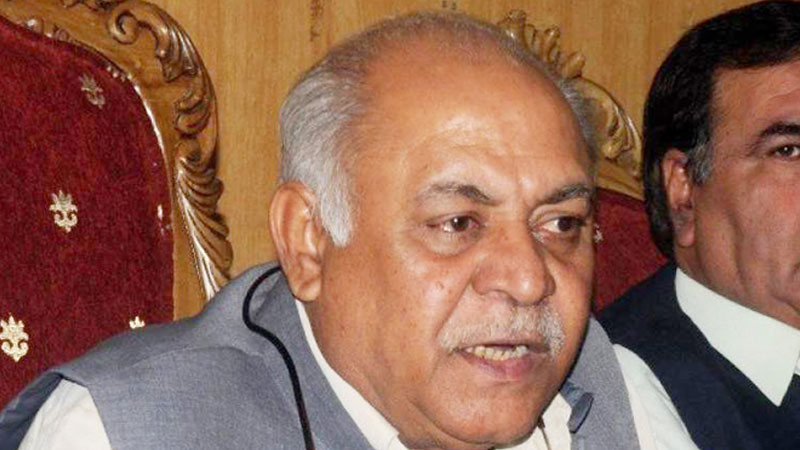 The federal government and opposition have continued backdoor contact in view of the no-confidence motion against Senate chairman and deputy chairman.

According to reports, Pakistan Tehreek-e-Insaf (PTI) leader and Leader of the House in Senate Shibli Faraz held a meeting with Senator Hasil Khan Bizenjo, who is also the candidate of the opposition for the position of the Upper House chairman.

Faraz has attempted to convince Bizenjo to withdraw the no-trust motion against Senate Chairman Sadiq Sanjrani, whereas, the opposition senator suggested Faraz to urge the federal government for taking back the motion against Deputy Chairman Saleem Mandviwalla.

Earlier on Thursday, a summary was sent to President Arif Alvi for the appointment of a presiding officer for voting on the no-confidence motion against Senate Chairman Sadiq Sanjrani.

The names which are referred for the appointment include Waleed Iqbal, Senator Yaqoob Khan Nasir and Abdul Qayyum, sources added. It also emerges that voting will be held against the no-trust motion against Sanjrani first and later the senators will vote for the deputy chairman of the Upper House in the upcoming session. On July 22, President Dr Arif Alvi had summoned the Senate session on August 1 for voting on the no-confidence resolutions against Sanjrani and Saleem Mandviwalla.

Meanwhile, Shibli Faraz said that the opposition was using delaying tactics for session of the Upper House of the parliament.

Talking to media persons, he said that the government would not let the opposition succeed as they were using delaying tactics for Senate session. Regarding his meeting with Jamiat Ulema-e-Islam-Fazl (JUI-F) chief, he said that they [government senators] didn’t meet Fazlur Rehman for votes, and also claimed to have majority. To a question, Shibli Faraz regretted the JUI-F chief’s statement regarding the National Reconciliation Ordinance (NRO), and added that the PTI believed in democratic values.