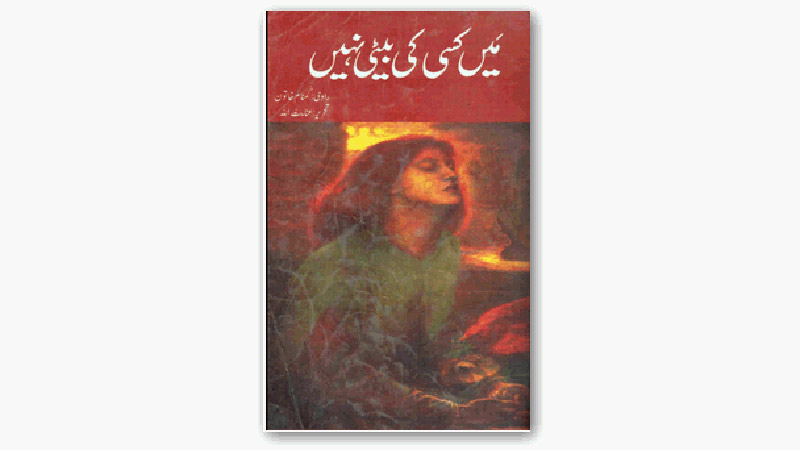 This book is written by Anayatullah who is an award-winning Pakistani writer. He has written several books and Main Kisi Ki Beti Nahi is one of his best works. It is the story of a beautiful girl who lived in India. When there was a war between Pakistan and India, she came in Pakistan. She was a middle class girl, so at the first she started reading in governmental school. Her teachers and classmates passed negative comments about her they she came from India and she was not a Muslim. She left this school and went in another school. Unfortunately, she got the same comments again and again.

It is only when her family enrols her in a private school that she deviates from the right path. There, boys and girls were together as co-education was present there. She made many friends including some boys. She was with the boys and they used to take her and enjoyed together. She was very much free with boys and she was going in wrong ways. Her family members did not say anything and they allowed her to do what she wanted.

She feels nauseous one day and throws up. On consulting a doctor, she discovers her pregnancy. Upset and horrified, she decides to hide it from her family until she finds out what to do. After a few weeks, her parents, who had already been looking for a suitable husband for her, marry her off.

Unfortunately, one day her mother in law called a doctor for her check up. The doctor said that she was going to be a mother. They all became shocked as they baby was three months and the marriage had just completed fifteen days. After knowing these, her husband left her and she went to her parents. The same thing happened in her home as she was taken out. She went many places but no one was willing to support her.

She feels nauseous one day and throws up. On consulting a doctor, she discovers her pregnancy. Upset and horrified, she decides to hide it from her family until she finds out what to do. After a few weeks, her parents, who had already been looking for a suitable husband for her, marry her off

She went a place where four boys lived and she narrated the complete story to them. The four boys accepted her because of her beauty. One day she went to work but everyone saw her in negative ways. Due to this, she was compelled to leave the work. Then she went to a hotel to work there. A boy suggested her to leave doing small works and she should do a big work because due to her beauty no one would let her to spend a simple life.

For that, she went in Murree. There she saw a boy and fell in love with the boy and the boy loves her too. She did not say her name so the boy named her Zaybi. They both decided to marry. When the marriage was near the boy told her that he was captain in army and he wanted to go and it was the time of the freedom of Kashmir. The boy told her to wait for him.

Unfortunately, the boy was martyred in the war. The girl only received a letter in which it was written that he was going to be martyred. If she wished she could marry with another boy. But the girl didn’t marry to anyone. She was left alone to suffer only.

The book sheds light on the moral challenges girls can face, growing up in Pakistan. It’s different for a boy.