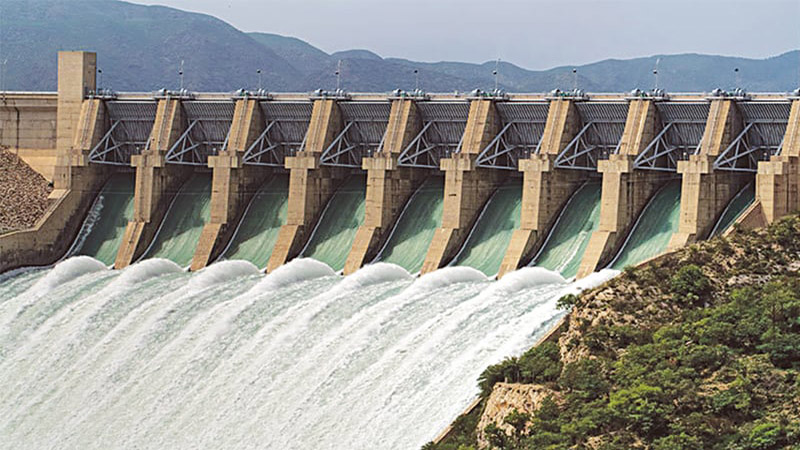 A legislative body of the Upper House of parliament on Tuesday stressed the need for maximum generation of hydroelectricity, so that dependence on expensive power generation could be reduced.

The cheaper power generation would help in reducing power consumer electric bills. These discussions were made during a meeting of the Senate Standing Committee on Power, which was held on Tuesday in Parliament House, with Senator Fida Muhammad in the chair.

The committee discussed the installed and peak season generation of hydroelectricity along with details of all power stations in the country was told that the total hydel WAPDA installed capacity is 9,387 MW and hydel IPPs capacity of 382 MW.

The average daily generation was told to be 5,191 MW of WAPDA and 252 MW of IPPs with maximum generation reaching 5,732 MW and 302 MW respectively. The Committee was told that some tunnels being turned off and maintenance work was resulting in decreased capacity from some units in Tarbela but they have been repaired now. The Committee was surprised to know that one major transformer of Mangla Power Generation system has been out of order for last six months and the country is losing around 400-500 MW of power. The Committee was also informed that power generation depends highly on the level of water release indent given by IRSA because power generation is a by-product of the release of water. Members of the Committee observed that the units that produce cheapest electricity should be running at highest possible efficiency and the scheduled maintenance should not come in the peak power usage time. The Committee decided that this discussion will be more fruitful if the ministry of water, WAPDA and IRSA are also present in the next meeting.

The meeting was held under the chairmanship of Senator Fida Muhammad and was attended among others by Leader of the House Syed Shibli Faraz, Senators Nauman Wazir Khattak, Agha Shahzeb Durrani, Dilawar Khan, Muhammad Akram, Secretary Power, Chief Managing Operations K-Electric, MD PESCO and officials from the ministry and attached bodies.

The Committee also held a briefing by K-Electric on overbilling and unscheduled load shedding as reported in print and electronic media. It was told that K-electric has 29 business centres across the city and hence K-Electric is reachable to any and all customers through running widespread customer complaint call centres. He also told that illegal hook connections in huge numbers have been removed and have been replaced by ABC connections. The Committee was told that all billing is done according to NEPRA guidelines and the system has a strong check mechanism. He said that customer and NEPRA complaints have decreased over time. K-electric has transformed 6000 transformers on ABC out of the 2700 transformers in Karachi. Secretary Power told the committee that rest of the Pakistan is also following this and slowly the system is changing to ABC transformers. The Committee decided to have information from all DISCOs as to in how much time period DISCOs can have ABC transformers in especially high loss areas.

The Committee members while discussing electricity theft called for a quantitative collection and study of data about the highest method of domestic and commercial theft and bring a well-researched proposal of whether the AMI meters are the solution or ABC meters. The Committee asked the ministry to have a single agenda meeting on what systematic changes are being proposed and done in the power sector.