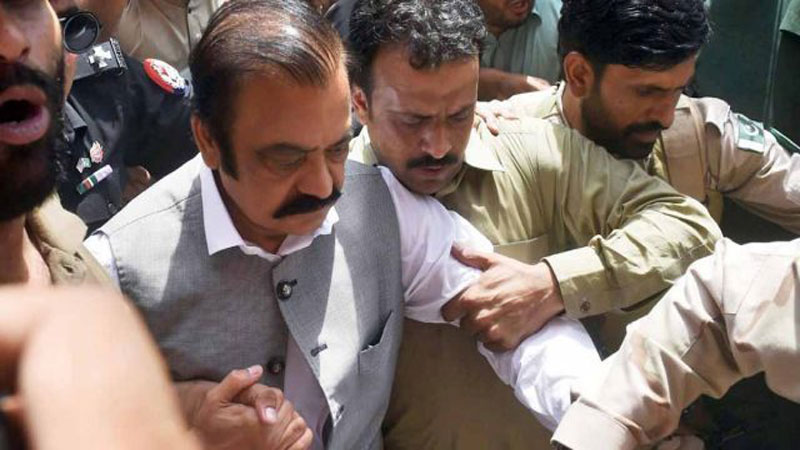 According to details, the challan against the PML-N’s Punjab president has been submitted in the court, while the hearing of the case will resume on July 30.

Police personnel had also registered nine cases against four front-men of Rana Sanaullah in connection with the case. Earlier, a district and sessions court in Lahore had rejected the plea seeking permission for provision of homemade food to Rana Sanaullah at Camp Jail. Sanaullah, a fierce critic of the Pakistan Tehreek-e-Insaf (PTI) government, was arrested by the ANF for his alleged links with drug traffickers in Lahore. The ANF officials claimed to have seized 15 kilogrammes of heroin from Sanaullah’s vehicle, while they had also detained the PML-N leader’s guard for taking the law into hands.