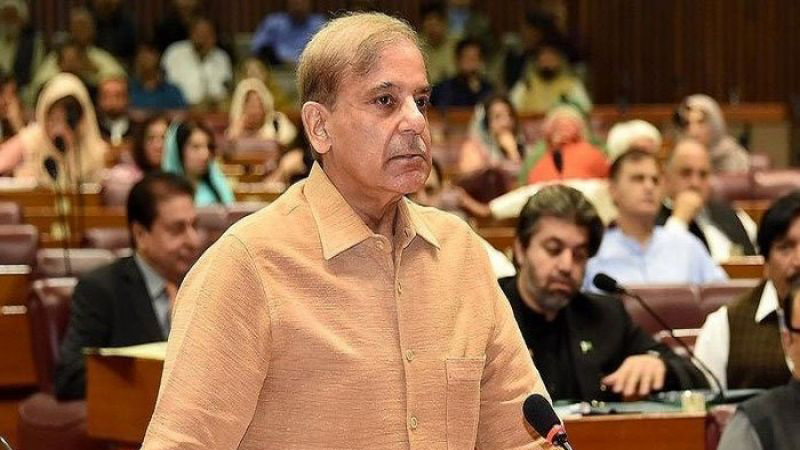 Pakistan Muslim League-Nawaz (PML-N) President Shehbaz Sharif has instructed all the opposition senators to ensure their attendance at the Senate session called for Tuesday (today).

A meeting of the opposition members of the Upper House was held at the banquet hall of the Senate, jointly chaired by Shehbaz Sharif and Opposition Leader in Senate Raja Zafarul Haq. The meeting was attended by senators from PML-N, JUI-F, PkMAP, ANP, PPP, National Party and others.

The meeting discussed the strategy regarding no-confidence motion tabled by the opposition for removal of Chairman Sadiq Sanjrani, besides a no-trust motion against Deputy Speaker Saleem Mandviwala initiated by the ruling PTI and its allies. Former chief minister of Punjab also hosted a luncheon in honor of the opposition parliamentarians.

Addressing the luncheon, Shehbaz said the ‘Charter of Democracy’ is a brilliant agreement and more political parties can join it. “Learning lesson from the past, we have made some improvement in the political culture,” the opposition leader said. “Only a historian will write as to what extent the charter of democracy was implemented,” he said.

The opposition leader in NA said the countries like China, who won freedom after Pakistan, are far ahead today. “However, it is not too late, the matters can still be rectified,” he said. “The life has become far difficult for the common man. The rates of bread have soared to 15 and 20 rupees. The labourers and employees are being thrown out of jobs,” he lamented.

“The world is witnessing our economic degradation, while the prime minister is still living in the bubble of his world cup victory. He is only meant to fill the jails with political prisoners,” the opposition leader said.

Shehbaz Sharif directed the coordination committee headed by Sabir Shah to keep in touch with all the opposition members. “The government does not have enough numbers to win the no-confidence motion against Deputy Chairman Saleem Mandviwalla,” he said.

PML-N spokesperson Maryam Aurangzaib said all five senators of National Party (NP), three senators of JUI-F out of four and three of PkMAP senators attended the meeting, besides one independent senator and one from the ANP. She said those senators who didn’t attend the meeting are Chaudhry Tanveer, Abdul Qayum Malik, Molana Atta Ur Rehman and Kamran Michael. Chaudhry Tanveer and Abdul Qayum Malik are abroad and Kamran Michael is in jail, she added.

Meanwhile, opposition parties’ Rehbar Committee meeting has decided to hold public gatherings in all four provincial capitals of the country on July 25.

The decision was made at a meeting of the Rehbar Committee presided over by Akram Durrani. The meeting decided to hold public gatherings in all four provincial capitals of the country including Karachi, Lahore, Quetta and Peshawar.