No home-cooked food for Sanaullah in prison 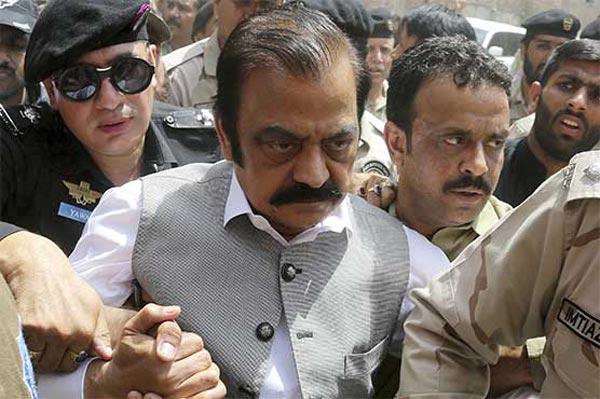 A sessions court in Lahore on Monday rejected PML-N Punjab President Rana Sanaullah Khan’s petition to have home-cooked food delivered to him in prison. While rejecting his request, judge Qaiser Nazir Butt directed the PML-N leader to approach the jail superintendent, which he said was the relevant forum for his request. The court had reserved its verdict on the petition on July 13.

In a report submitted to the sessions court, jail officials stated that Sanaullah was being given food according to his health and daily medical check-ups of the PML-N leader were also being conducted. As per the report, he was in “good health”.

Advocate Farhad Ali Shah, the lawyer representing Sanaullah, argued that his client should be allowed home-cooked food, adding that according to law, a suspect under trial was permitted to receive home-cooked food.