Saudi students in US fear atmosphere of bullying and intimidation 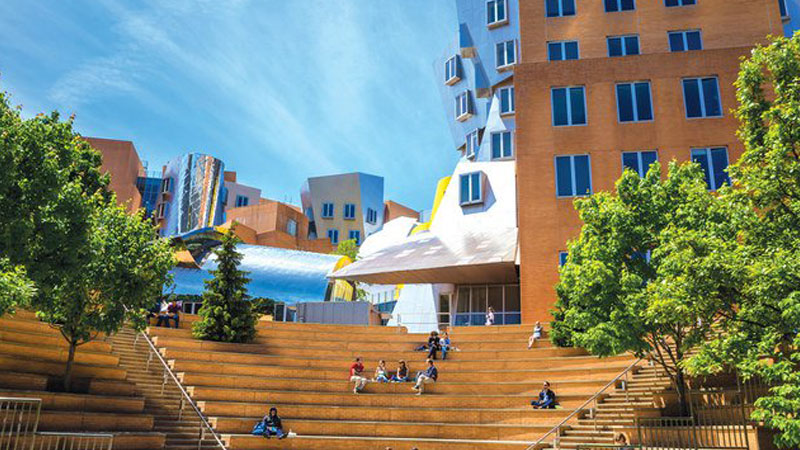 CHICAGO: Irresponsible, biased reporting by several US newspapers against Saudi Arabia is fanning flames of fear, bullying and intimidation among many Saudi students in the US.

“We’re living in fear,” said a Saudi academic, declining to be identified for fear of retribution not only from Ivy League universities but also from students, professors and residents in the Boston area. “It’s frightening!”

Saudi students who spoke to Arab News are complaining that unprofessional reporting by newspapers is creating negative stereotypes about Saudis as a whole, and putting pressure on academic institutions to sever ties with the Kingdom.

This means many of Saudi Arabia’s brightest students and future doctors, engineers and lawyers risk being deported and failing to continue their education.

An online petition is calling for the Massachusetts Institute of Technology (MIT) to break all financial ties with the Saudi government, which hosts 100 students at the university through the Misk Foundation, a charity funded by the crown prince to empower, educate and employ thousands of the Kingdom’s brightest youth. The petition, which is being heavily promoted by politically partisan professors and academics at MIT, appears to be either misguided about Misk’s agenda, or is driven by anti-Saudi lobbyists.

Members of the Saudi academic population said the petition is creating an atmosphere of paranoia and fear that has many of them staying in their dorms, homes and apartments when they are not at school to avoid angry sentiment.

“We have nothing to do with the politics of this, yet we’re being dragged into it by the emotions and intensity of the anger against us,” said a Saudi academic, nervous that any hint of their identity would result in potential violence.

The petition says: “A subsequent report by Associate Provost Richard Lester states that 74 percent of MIT faculty who submitted comments either strongly objected or leaned against continuing engagements with Saudi Arabia, alongside 76 percent of non-faculty commenters.”

But the assertion fails to note that the comments are the result of an unscientific survey.

Lester concedes in his report that he only received “111 separate comments since December 6. The signers included 42 faculty members, 23 undergraduate and graduate students, 23 postdocs, research and teaching staff, 22 administrative staff, and 10 alums. Altogether, 123 people submitted comments. In addition, the editors of The Tech published an online editorial on January 15 calling for MIT to cut its ties to the Saudi government.”

The footnote to the “study” deflates the claims that the comments accurately reflect the overall feelings of MIT’s academic body.

Lester acknowledges in his footnote: “Almost all of the comments were signed by a single individual, but two were signed by groups (in both cases, the groups consisted of faculty members).”

Of course, the negative sentiment would have been affected by matters such as last October’s atrocious killing of Saudi journalist Jamal Khashoggi by rogue security agents.

Such events have been exploited by lobbyists and anti-Saudi politicians. But while 15 agents are facing trial in the Kingdom, “the problem is that the politicization of such issues puts the whole population on trial in the court of public opinion,” said a Misk student set for a Harvard placement.

“I find some US officials and journalists hypocritical at times. On the one hand, they say our (Saudi) education system isn’t good enough and the unemployment issue is a ticking time bomb. But at the same time, they complain when Saudi Arabia gives scholarships to send its students to the best universities in the world so they can come back and fix the very same problems. How idiotic is this?”

Fanning the flames of the hate campaign are articles published not only in Harvard’s student newspaper The Crimson, but also in mainstream American newspapers such as the New York Times and the Washington Post, which have raised undue suspicions of the Saudi government’s spending on educating its students in the US.

Many Saudis have questioned the bias, and wonder why such papers do not call, for example, for the same measures against Israeli students since their country violates international laws with its ongoing occupation of Palestinian lands. They also cite the highly controversial Qatari funding of research, schools and think-tanks.

Repeated attempts by Arab News to reach the sponsor of the MIT online petition to inquire if they have a political agenda or ties to Qatar went unanswered.

Salman Al-Ansari, founder of the Saudi American Public Relation Affairs Committee, a registered lobby group based in Washington DC, said unlike Qatari efforts, the Kingdom has operated publicly and above board with the goal of bringing Saudi Arabia and the US, two historic allies, closer.

“Recent media reports have tried to make it seem like Saudi government scholarships are a new thing, and that there’s an ulterior motive behind spending on our education and our future generation of leaders,” Al-Ansari said.

“This is ridiculous. Government scholarships have been around for decades. They include schools in the US as well as many other countries. What we want to ensure is that Saudi students get a chance to compete internationally.”