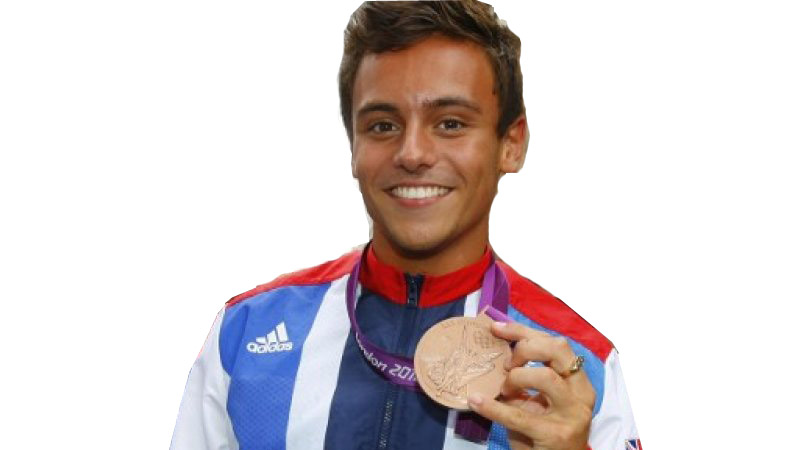 A defiant Tom Daley promised to come back stronger after flopping to seventh in the defence of his world 10 metre platform title on Saturday (Jul 20), losing out to China’s latest superstars.

Britain’s diving king trailed far behind Yang Jian and Yang Hao, who captured gold and silver respectively after a cat-and-mouse tussle to cap a majestic week for Chinese divers in Gwangju, South Korea.

“That’s sport for you isn’t it,” Daley told AFP. “It’s not the way I wanted to end the world champs but on a positive I came here to qualify two Olympic spots and I managed that,” added the 25-year-old.

“It just puts a fire under your arse basically, to get back to training and doing what you need to do to be the best that you can be.”

Daley, who bagged the world title in 2017 and 2009, booked his place for the 2020 Tokyo Olympics with a solid performance in the heats but failed to match China’s swaggering display in the evening final.

Yang Jian pumped his fist after his final dive, barely concealing his delight as he pipped countryman Yang Hao to the world title by just 13 points.

“What a fantastic final,” said the gold medallist after a dramatic late comeback.

“I feel honoured to win gold. That was one of the best final dives of my career. I give myself a pat on the back.”

Victory came despite a perfect set of 10s in the fourth round for Yang Hao, who had sacrificed a spot in the mixed three-metre synchro final to rest for his main event.

“It was a good decision to focus on the platform and it helped a lot,” he said.

“I scored 13 perfect marks tonight and was thrilled to be part of such a close contest. It just wasn’t enough.”

Russia’s Aleksandr Bondar took bronze behind the Chinese pair, whose victory made it 12 out of 13 for the diving powerhouse at this year’s championships.

Keeney and Carter produced a series of superb dives to post a winning score of 304.86 points, just 0.78 points more than Imbeau-Dulac and Abel, who took silver in Kazan four years ago and the bronze at the 2017 championships in Budapest.