Greed, lack of humanity blamed for sale of infants in Egypt

“There are many pages on social networking sites that are full of illegal activities, including the sale of human beings, prostitution and the sale of children,” said Ashraf Al-Wardani, a security expert 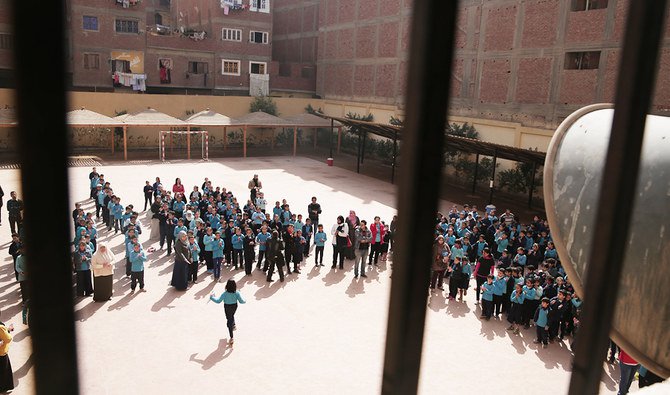 CAIRO: When Egyptian security forces arrested three suspects caught selling a three-hour-old child at a hospital in the Egyptian city of Alexandria, the news shocked the country.
The story began when a page on Facebook, titled Children for Paid Family Adoption, offered the chance to adopt a newborn child in exchange for money.
Police officers posing as interested buyers agreed a fee of 65,000 Egyptian pounds ($4,000) for the girl, payment on delivery.
On July 17, 2019, the day of her birth, the officers went to the hospital to meet the mother, who was accompanied by a man. After the mother and child came out of the operating room, the girl was handed over to the buyer.
Once the mother had been given the money, she and the man were immediately arrested along with the man who had set up the Facebook page, who had been involved in many such sales.

Through Facebook
Security investigations revealed that the Facebook page was launched four months ago; the man responsible was charged with human trafficking, displaying a child for sale and using Facebook to commit the crime. The mother and her husband were charged on similar grounds. The child is being kept in a nursing home under the supervision of the Committee for the Protection of Egyptian Childhood.
“There are many pages on social networking sites that are full of illegal activities, including the sale of human beings, prostitution and the sale of children,” said Ashraf Al-Wardani, a security expert. “Egyptian security must be vigilant against these crimes, It is driven by the desire for quick gain.”

Al-Wardani told Arab News that Egyptian security forces have been busy over the past period of monitoring the activities of terrorists, and neglected the task of tracking illegal activities.
The owner of the Facebook page — who is under arrest — has justified his crime by writing on the page that many parents are deprived of children at a time when a large number of parents are throwing their children onto the street to become street children. He wrote that his role was to help deprived parents adopt children, so protecting them from the dangers of the streets.

Not the first incident
The crime in Alexandria was not the first to rock Egyptian society. The police were informed that there was a place in Al-Shorouq, a suburb of Cairo, where a large number of children were being kept, who were being taken away by families.
Some suspected that the apartment owners were trading those children. When the police arrested the owners the suspicions were proven to be correct.
Investigations revealed that the prices of the sale and purchase vary according to the child’s condition and specifications. Sales range from 200,000 Egyptian pounds down to 30,000 Egyptian pounds.

Punishment and reasons
Zineb Mahmoud, a lawyer and researcher at the National Council for Childhood and Motherhood, told Arab News that the law penalizes the sale and purchase of children, and can incur life imprisonment.
Dr. Magda Mustafa, professor of sociology at Ain Shams University, said that economic reasons are behind the parents’ drive to offer their children for sale, amid soaring prices, rising unemployment.
At the same time the main reason is greed and a lack of humanity.