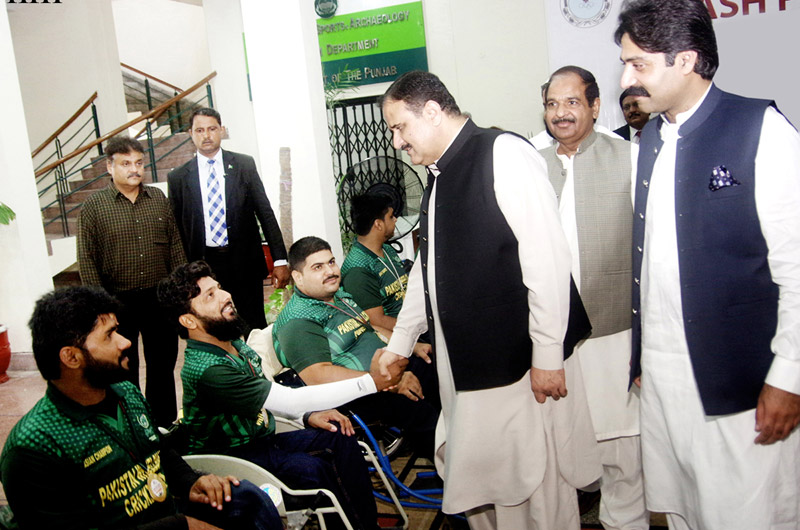 The Punjab cabinet has approved restoration of the fixed daily allowance of the Punjab Police frozen since 2005 with the average of 2013. The Punjab Highway Patrolling Police and Traffic Wardens will also get the allowance with the same percentage.

The provincial cabinet meeting approved the financial aid package for the farmers whose crops were damaged in rainstorms and hailstorms. Some 55 villages of 27 districts have been declared calamity-hit and they have been exempted from malia and aabiyana (water tax). The chief minister has also directed to estimate the damage to the crops caused by floods in some parts of Jhelum.

The provincial cabinet also approved the first tourism policy. Buzdar said special package will be prepared for the interest of the tourists as promotion of tourism will boost soft image of Pakistan. He said special benefits will be given to the private investors who are interested in investing in the tourism sector.

Grade 1-16 employees of Cabinet Secretariat to get special allowance equal to 1.5 times of basic salary

The provincial cabinet also approved amendment in the Government Land Disposal Policy. The provincial cabinet approved the leasing of the government land on open auction basis. The decision has been taken to give ownership rights of the land leased to landless famers and the farmers who will cultivate 80 per cent of the land will get the ownership rights. The meeting also approved appointment of members of the Board of Directors of the Parks and Horticulture Authority, Sialkot.