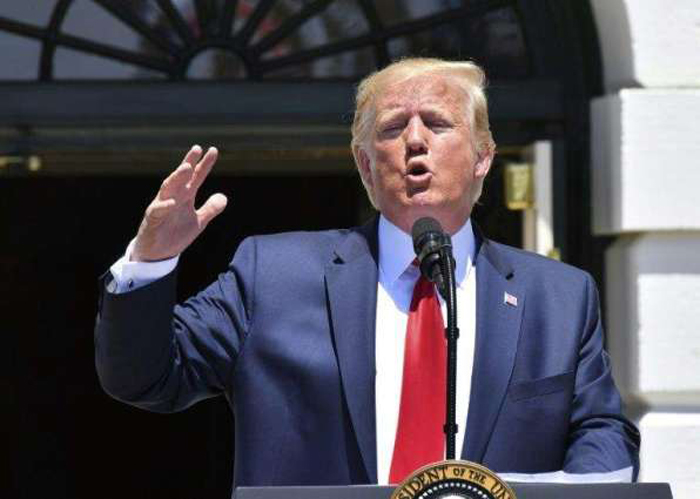 President Donald Trump attacked the independent US Federal Reserve on Friday (Jul 20), demanding the central bank reverse course and cut interest rates – something it is widely expected to do this month.

In another Twitter outburst, Trump called on the Fed to “Correct!” its overreach.

“We are in a World competition, & winning big, … but it is no thanks to the Federal Reserve,” he said.

“Had they not acted so fast and ‘so much,’ we would be doing even better than we are doing right now. This is our chance to build unparalleled wealth and success for the US, GROWTH … Don’t blow it!”

The US central bank raised the benchmark borrowing rate four times last year but seems almost certain to pull back with the first cut in a decade at its policy meeting July 30-31.

Recent comments from Fed officials seemed to confirm the signal that policymakers are prepared to act to sustain US growth in the face of a slowing global economy and persistent trade tensions with China.

“You don’t need to wait until things get so bad to have a dramatic series of rate cuts,” Fed Vice Chairman Richard Clarida told Fox Business Network on Thursday.

That comment echoed a statement earlier Thursday from John Williams, the influential vice chairman of the Fed’s policy committee, who talked about the need to vaccinate when rates are very low.

“When you only have so much stimulus at your disposal, it pays to act quickly to lower rates at the first sign of economic distress,” said Williams, who is president of the New York Federal Reserve Bank.

Following Williams’ remarks, the New York Fed told media outlets the speech concerned decades of research and was not about what the central bank may decide at its next policy meeting.

Trump said Friday he liked Williams “first statement much better than his second. His first statement is 100% correct in that the Fed ‘raised’ far too fast & too early.”

The New York Fed had no comment on Trump’s tweets, which were only the latest in long series of attacks which have flaunted the recent tradition of protecting the independence of the central bank.