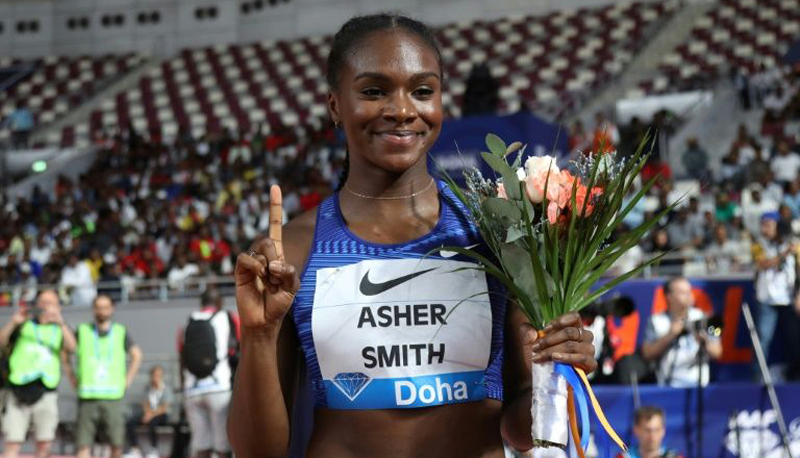 Asher-Smith ran 10.85 seconds when she won gold at the European championships in Berlin last year.

And she believes it may take an even quicker time to take victory at the London Stadium, venue for the 2012 Olympics, on Sunday as the countdown to the world championships in Doha continues.

“Every field I have come into this year has been like a world and Olympic final,” said the 23-year-old, who won three gold medals in Berlin last year.

“We’re in a great position with women’s sprints right now because whenever you step on the line you have to bring your best.

“We have all known the date of the world championships, we know we have to peak at the end of September and beginning of October.

“We have worked backwards from that to make sure I’m in the best shape I can be.”

Fellow Briton Laura Muir, 26, said she was in the shape of her career ahead of London as she prepared for Saturday’s 1500 metres.

“I feel like I’m in PB shape, almost the best shape I’ve ever been in,” she said ahead of the Diamond League event.

“I ran an 800m personal best last week so I feel I’m in my PB shape of three minutes 55 seconds. It’s just whether all the boxes on the day will be ticked.

“It’s going to be really competitive and I’m hoping we can run some fast times. In the 1500m you are not entirely sure what’s going to happen. I have an idea of how I want to run but you’re going to have to wait until tomorrow.

“I’m a lot stronger since 2017 (when the last world championships were held), both speed and endurance-wise. It’s taken a bit of time race-wise to catch up with tactics.”