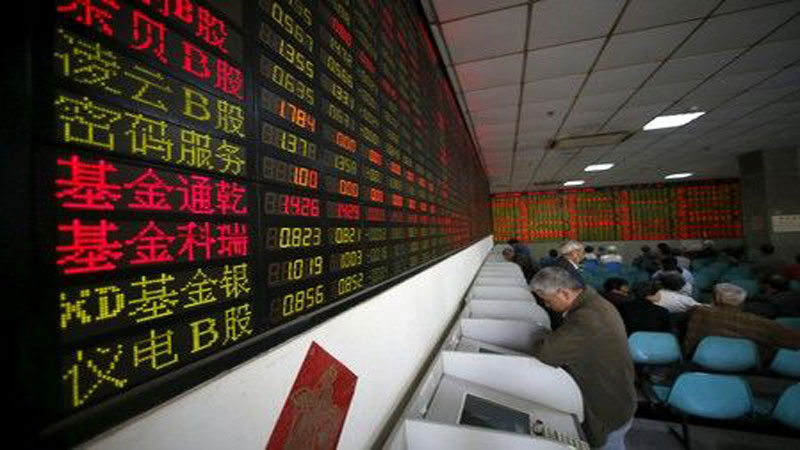 But analysts and market players say there might be a silver lining for investors, as the growing number of defaults and the regulatory seizure of a struggling regional bank may help foster a shift in how China’s onshore bond market prices risk.

“We are seeing more accurate risk pricing and I think it’s a long-term change,” said Yun Xiong, a portfolio manager at Green Harmony Capital in Hong Kong who focuses primarily on fixed income. The default by Jinggong Group, rated AA+ by two domestic agencies, was part of a record stream of missed interest and principal payments against a backdrop of persistent funding challenges for corporate issuers and slowing growth. That is despite official assurances that China will “control” bond defaults through legal and market means.

This year, 35 Chinese onshore corporate issuers have defaulted on interest or principal payments on 58 bonds with a total principal value of 54.31 billion yuan (6.3 billion pounds), according to data compiled by Reuters. That is 60% more than the value of defaulted bonds in the first seven months of 2018, and more than half of the total for all of 2018, the highest on record.

And ratings agency S&P Global says it expects the number of Chinese corporate defaults to rise in the second half as a slowing economy and the Sino-US trade war contribute to a weaker credit outlook. Coming along with defaults has been a sharp increase in the premium investors demand to hold riskier debt. The spread of 1-year AA rated corporate debt over its AAA rated equivalent has more than doubled since late May, from 23 to 59 basis points.

The effect is even starker in some shorter tenors. AA rated 3-month commercial paperyielded 3.585% on July 19, according to Refinitiv data, a nearly 90 basis point premium over AAA rated paper. On May 21, the gap was 5 basis points.

Spurring the jump and putting extra pressure on weak issuers was the May 24 takeover of Inner Mongolia’s Baoshang Bank by Chinese regulators, prompted by what they called serious credit risks. The seizure and revelations that larger Baoshang creditors would face haircuts jolted the interbank market, hitting funding for smaller players, especially those providing lower-quality collateral for loans.

In a recent report, HSBC fixed income analyst Helen Huang said defaults are not just increasing, but are affecting larger companies in more sectors, including “new economy” ones such as pharmaceuticals and high tech.

Previous jumps in defaults have led to a temporary spike in corporate yield spreads, while “credit differentiation in primary market issuance has been deeper and more persistent since the second half of 2018,” Huang said. She added that though AAA rated issuers are issuing bonds at historically high rates, gross issuance for AA rated issuers has risen little since 2017.

Zhou Hao, senior emerging markets economist at Commerzbank, said it is difficult to predict how long the widening of credit spreads will last, but he expects to see clearer “tiering” in onshore bonds, with stronger companies securing funding through bond issuance but weaker ones finding this increasingly difficult. Xiong at Green Harmony says he believes the changes are here to stay.

“Maybe the spread can narrow a bit if the market condition improves, but investors understand the credit risk better now,” he said.