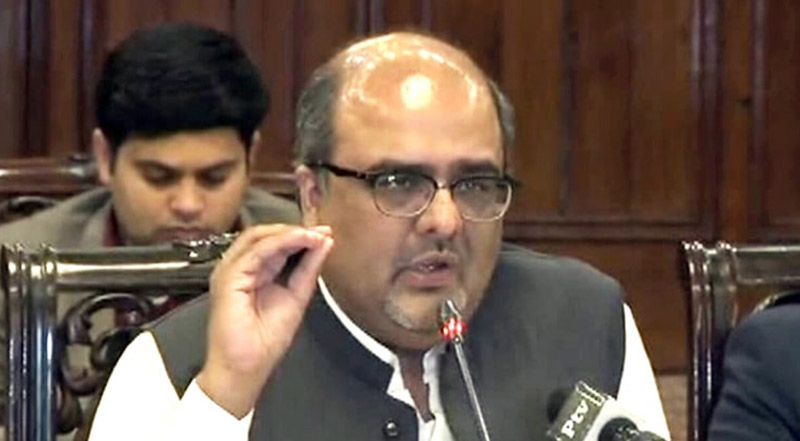 His remarks followed an “emotionally charged” press conference by Shehbaz Sharif to condemn the arrest by the National Accountability Bureau (NAB) of PML-N leader Shahid Khaqan Abbasi. “Today’s conference wasn’t about Abbasi’s arrest or The Mail’s story. The real reason is the entire family being caught red handed,” said Akbar.

“The Mail’s real story centres around the $26 million money laundering perpetrated by your family. Your entire family’s declared wealth is based solely on fake, fictitious telegraphic transfers,” he continued.

Akbar said that Sharif’s press conference did not even merit a rebuttal because he had not clarified even one point from The Mail’s story and its accusations.

“Instead of claiming you will sue the publication for defamation, you held an emotionally charged press conference, which was basically a repeat telecast of when you used to stand with a fan in your hand and put on a show. There was no substance factually.”

“The story was done by The Mail on Sunday, David Rose is the one who broke it, but after the press conference I did following the story, they tried to blame me for their woes,” said Akbar.

“In response to the story, the Earthquake Reconstruction and Rehabilitation Authority (ERRA) payments I showed to the media during my press conference did not see any specific response from these people,” he added.

“I will go over from ‘point to point’ the things Shehbaz Sharif said in his press conference and how he strayed away from the basic facts that were stated (by me earlier).”

“Three cheques of payments were shown to have been given to Ali Imran and Co – Ali Imran, who is his son in law – and you all being residents of Lahore are well aware of the power the khadim-e-aala (servant of the people, as Shehbaz likes to call himself), his son and his son in law had.”

“Now he says, ‘The earthquake came in 2005’. Well of course, this is a well-known fact. How long after that were reconstruction and rehabilitation efforts ongoing?”

“We are asking you about three specific payments which were made from ERRA funds. The three payments have no relation to the Department for International Development (DFID) story or The Mail on Sunday story,” said Akbar, as he demanded that Shehbaz Sharif provide answers during his press conferences, instead of throwing a smoke screen to hide the facts surrounding his misdeeds.

“These three payments you can see on the screen are not from 2005. The real earthquake which jolted the nation was your return and how you imposed yourself on the nation for 10 years.”