The lawmakers had accused Tareen of getting loans from different banks, which he later had “written off”. They had alleged that Tareen did not mention this fact during filing his nomination papers.

National Assembly (NA) Speaker Sardar Ayaz Sadiq had sent a reference against Tareen seeking his disqualification under article 63 of the constitution.

Tareen had already challenged the reference in the LHC. In his petition, he had not made these lawmakers as a party, but now through an application, he sought permission of making them a party. 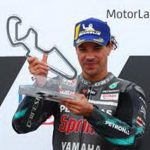