Asylum seekers anxiously cross into US as new policy kicks in 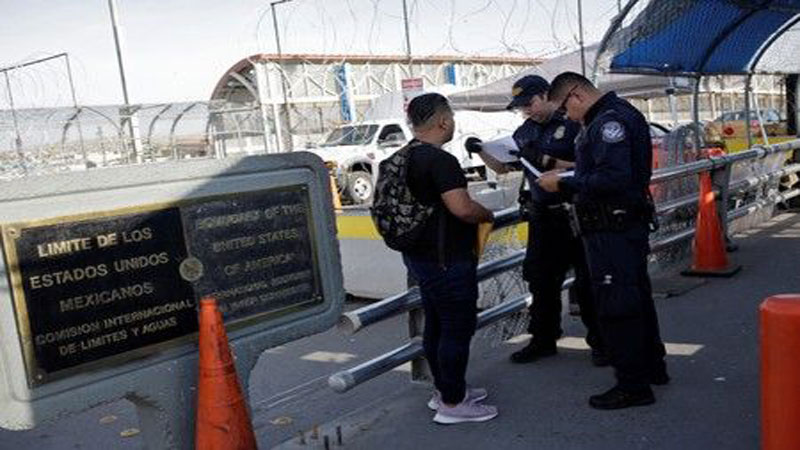 Fear over new US curbs on almost all asylum seekers spread this week among migrants at its southern border, but some on waiting lists in Mexican cities found the gates to the United States stayed open, despite a much higher bar to stay. Migrants in Ciudad Juarez and other Mexican border towns were cautiously optimistic as the policy took effect on Tuesday, with US officials still calling those on lists of asylum seekers to cross the bridge into the United States and apply.

The new rule requires asylum-seekers crossing a third country on the way to the United States to first pursue safe-haven there, precluding claims for the thousands who traverse Central American countries and Mexico to reach the US border. Although migrants could still be granted interviews with US asylum officers or face a US immigration judge, the bar will be much higher.

However, President Donald Trump’s latest crackdown on immigration ahead of his 2020 re-election bid does not change the way asylum seekers are initially processed at the border, the Department of Homeland Security confirmed on Wednesday.

“Aliens subject to the third-country-transit asylum bar will be processed through existing procedures,” a DHS spokeswoman, who asked not to be identified, told Reuters.

Human rights groups, including the American Civil Liberties Union, have sued to block the measure, saying it violates US asylum obligations and forces people to remain in countries “rife with danger.”

Mexican officials on Tuesday called numbers from the list of several thousand people waiting to apply for asylum in Ciudad Juarez, which borders El Paso, Texas.

Ten people were called and entered the United States in the morning, and 10 more followed in the afternoon, Ciudad Juarez human rights director Rogelio Pinal said. About 750 miles (1,207 km) away in Tijuana, migrants on the list were called for interviews in San Diego, California, on Tuesday, a Reuters witness said.

‘What Would You Advise?’

Karina Reyes, a 34-year-old from Cuba, paced outside an immigration office in Ciudad Juarez on Tuesday, anxious for the chance to finally seek asylum.

She began her journey in October by flying to Guyana, which has loose visa requirements for those from the Communist-run island, and slowly made her way north. She arrived at Ciudad Juarez in April to face a three-month wait to seek protection in the United States. “After waiting for so long, we want it to be worth it,” Reyes said between swigs of Diet Coke, saying she had been too nervous to sleep the night before.

Minutes later, she was among the first summoned across the bridge to the Customs and Border Protection offices since the rule took effect.

About 10,000 people are waiting in Mexican border towns to make asylum claims, as a US practice called “metering” limits the number of asylum claims at ports of entry each day. Many other asylum seekers cross illegally and hand themselves in to border officials. News of the policy alarmed migrants, as it is expected to allow more people to be deported home more quickly.