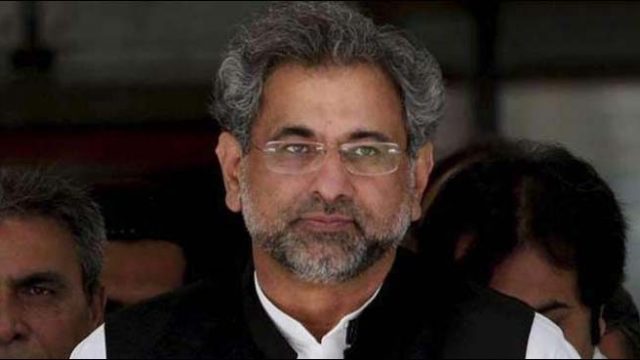 Sharif, who himself is facing cases by the National Accountability Bureau (NAB), condemned Abbasi’s arrest by the bureau a few hours earlier.

The former prime minister was arrested by a 12-member NAB team in a multi-billion-rupee case related to the award of a liquefied natural gas (LNG) import contract. He was on his way to attend a press conference, accompanied by Iqbal and Aurangzeb when he was arrested on the Thokar Niaz Baig interchange.

“Khaqan was arrested in a crude manner; when he asked for [arrest] warrants, the NAB officials just stared at each others’ faces,” claimed Sharif. “NAB DG came himself and showed a WhatsApp message. When Khaqan asked for a warrant signed by the NAB chairman, then they got a photocopy.”

This is a developing story.