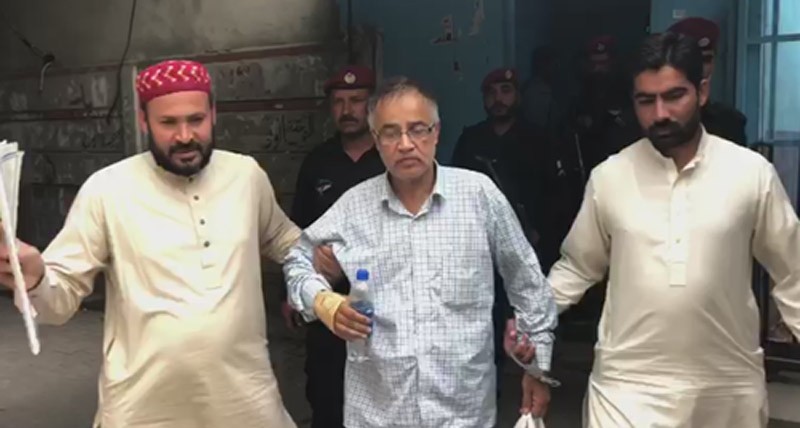 The suspect was presented before the court of a civil judge, which permitted the remand of the suspect for two days.

During the hearing, the suspect told the court that he was tortured, alleging that his bones were broken as a result of the torture inflicted upon him. The court told the investigation officer to present medical report of the suspect on July 19.

According to the FIA sources, Mian Tariq was caught by the authority’s cybercrime wing. Sources said that the video was traced from Mian Tariq’s house and forensics of the controversial video has already been carried out. Suspect Mian Tariq was trying to flee to Dubai but the FIA caught him, the sources added.

Judge Arshad Malik – who had in December last year sentenced former prime minister Nawaz Sharif to seven years in jail in the Al-Azizia Steel Mills corruption reference and acquitted him in the Flagship Investment case – has been at the centre of controversy since July 6, when PML-N Vice President Maryam Nawaz alleged that he had been ‘blackmailed’ into giving the verdict against Nawaz Sharif.

According to judge Malik’s affidavit – presented to the Islamabad High Court chief justice as a rebuttal to Maryam Nawaz’s press conference – Tariq, an old acquaintance of his, had been the one to show him a ‘secretly recorded manipulated immoral video showing him in a compromising position’ that was shot while the judge was serving in Multan. The judge said that this video was later used by Nawaz Sharif’s long-time supporter Nasir Butt to blackmail him.