Govt vows to recover amount recklessly spent by past rulers 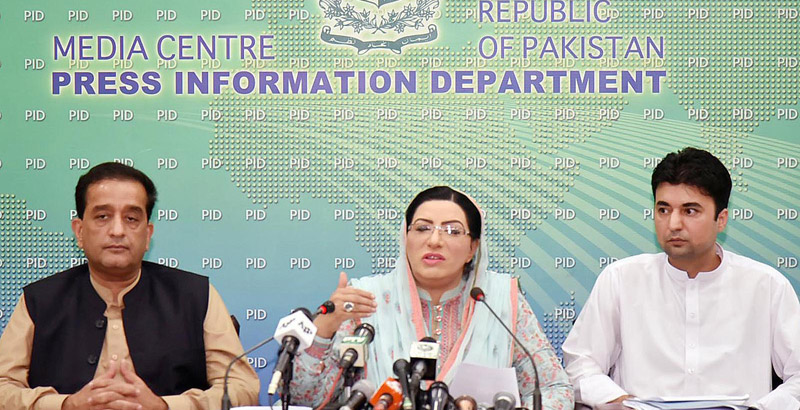 The Pakistan Tehreek-e-Insaf (PTI) government has decided in principle to recover billions of rupees spent by the previous heads of state on their security and foreign trips from the national exchequer.

Briefing the media on the cabinet meeting, Federal Minister for Communications Murad Saeed said Prime Minister Imran Khan bears all expenses of his Bani Gala residence, located in the suburbs of the federal capital, without declaring it his camp office. “[Even the] road leading to Bani Gala was built with his (PM’s) own money,” he added.

According to the State Bank of Pakistan’s statistics, the minister said, Sindh and southern Punjab were the most poverty-stricken areas in the country. “The availability of clean drinking water is an issue most prominent in Sindh and Punjab. Data from State Bank of Pakistan and Benazir Income Support Programme (BISP) shows that Sindh is the most poverty-stricken province followed by southern Punjab,” he said, as he set the stage to provide the contrast which followed. Almost 500 children die of malnutrition in Thar every year, he added, quoting a report submitted in the Supreme Court. “On one hand, children are dying of hunger while on the other former president Zardari kept 164 vehicles for his personal security,” Saeed remarked. He said Gilani had three camp offices in Lahore and two in Multan, while Shehbaz also made five camp offices during his tenure.

Total expenditure of Nawaz’s visit to United States in 2015 was $400,000, said Murad Saeed, adding that the three-time prime minister used the special chartered aircraft 556 times while he was the head of the state.

“Imran Khan talks about Pakistan and Pakistanis when he visits Qatar and they (Sharifs) used to get Qatari letter when they visited the Gulf country.”

He also said the security expenditure of the Punjab chief minister had been reduced by 86 percent and travel expenses by 60 percent after Usman Buzdar took charge of the office last year.

Adviser to the Prime Minister on Climate Change Malik Amin Aslam then took the floor to brief the media on the progress made regarding the prime minister’s Clean and Green Pakistan initiative and to announce a new policy on the use of plastic bans.

“Plantation for the monsoon season is about to begin at the end of the month and we have set a target of planting 140 million trees,” he announced.

“And the cabinet has made an important decision today,” he continued.

“It pertains to the plastic shopping bag, which has become a nuisance for us all. 80 percent drains are blocked owing to this menace; flooding in urban areas, and the spread of disease can also be attributed to this. And it is such a thing which does not decompose for 1,000 years. “So, to put a stop to this, the cabinet has accorded approval for a law under which plastic bags will be banned, beginning August 14, in Islamabad and its adjoining territories,” he said, adding that Islamabad was just the beginning and other cities would soon follow.

Aslam underscored the fact that the legislation had been devised after thoroughly studying global models implemented to end plastic bag use.

“This [ban on plastic bags] has been practiced earlier – in 1994, 1995, 2001 and 2013 but could not help to achieve the set targets due to lacunas in the legislation. However, this time, we have taken the initiative from the federal capital and will whole-heartedly enforce the law to get rid of plastic bags,” the adviser vowed.