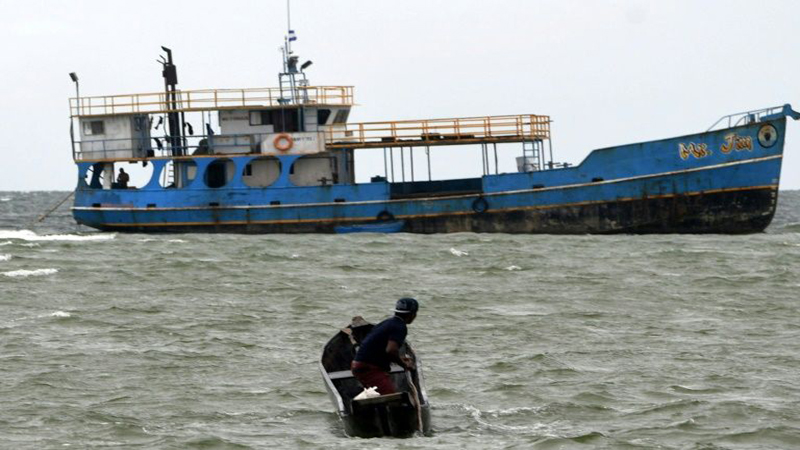 Diving for lobsters in the Caribbean waters around Honduras provides a vital source of income for the local indigenous population in La Mosquitia, but it’s an extremely hazardous occupation.

After his last dive, 44-year-old Ernesto McLean lost the ability to walk.

“I got dizzy, I had a pain in my stomach and when I got out of the water I tried to stand up but my legs were paralyzed,” McLean told AFP.

He and La Mosquitia’s 100,000 strong indigenous community in the far east of the Central American country have been in mourning since July 3, when 27 fishermen died and another six went missing after the Capitan Waly boat, with 88 people aboard, sank.

The lobster fishing season had only opened two days earlier, when thousands of fishermen using rudimentary oxygen cylinders clambered aboard boats, like every year, to go in search of the prized seafood that constitutes their main, if not only, source of revenue for the entire year.

The season, which lasts eight months, begins with people renting boats and hiring divers from the poor Gracias a Dios state, says Oswaldo Echeverria, the president of the Association of La Mosquitia divers.

But there is a lack of government control on the industry, particularly in terms of health and safety.

Workers complain of being subject to labor exploitation while many have died and thousands more have suffered severe and irreversible physical disabilities.

Back in 2004, the local handicapped divers’ association asked the Inter-American Commission on Human Rights (IACHR) to intervene to force Honduran authorities to regulate commercial under-water fishing.

The association claims that some bosses have even threatened workers with a gun to force them to dive down as much as 40 meters (130 feet) without adequate equipment.

Thousands have suffered from decompression sickness.

The latest health ministry statistics, which already date back to 2004, show that of the 9,000 professional divers in La Mosquitia, 4,200 are handicapped.

Boat captains pay divers three US dollars per pound(around half a kilogram) of lobster.

On a two-week fishing expedition, the most successful, or luckiest, divers can collect up to 400 pounds of crustaceans, while others might only bring in 40 pounds, Echeverria told AFP.

Most of the produce is exported to the United States.

Echeverria says things won’t improve for divers until authorities “grant financing” so they can buy their own boats and not be so dependent on owners and contractors.

Since his 1998 accident, McLean moves around in a wheelchair or by using crutches and has reinvented himself as a cobbler.

It was 50 hours after emerging from the water that he was taken to the hospital at nearby Puerto Lempira for hyperbaric oxygen therapy, which reverses the effects of decompression in the joints, bones and muscular tissue — as long as it’s done within 24 hours.

“All these years without getting any help,” he complained. He was another whose hyperbaric oxygen therapy came too late and now he survives by transporting passengers on the Caratasca lagoon — the largest in Honduras — in his canoe for $8 a day: when there are customers.