Bridging the gap between State and Society

The gulf between state institution and society is widening every passing day in Pakistan.

The state referred bureaucratic institutions of this country and society is denoted as a large number of individuals of the country. The interplay between state and society has been always very critical throughout the history of Pakistan even before the partition. People perceived the state as colonial master, oppressor, terrible and trust less and it was hated before 1947.

On the other side, the state perceived the people as ignorant, outdated, illiterate, immature and without trust. Trust deficit was huge among the state and society before the birth of the nation. A class of local masters was produced in the form of bureaucracy in order to rule and control the masses during the colonial regime. The rule on the masses was the order of the day by hook or by crook. Two main characteristics were fear of the people and hate against the state. Nobody ever thought of providing the services to the masses or give them a sense of ownership. After Partition, it was imagined that the relationship between the state and society will improve, but it was replaced with people’s alienation.

People perceived that they need a very strong state but it should belong to the common man and ease up their lives. This ‘belongs to’ should not be limited to the ruling class and those people who are dominant and elite of this country. The famous notion of 22 families of D. Mehboobul Haq was a reflection of state and society relations in the 1980s and later. There was less inclination or at least some kind of friendly relationship were not found throughout the history of this country.

However, after the period of globalization, the young generation felt that this state belongs to them, but they are unable to interact with the state institution with cordial relations and they are unable to get services. The state functions were not only the security, but the state function was to perceive as a kind of one’s own property, a place where they can feel sigh. Owing to the globalization and increasing education people felt more towards alienation. People should get an image that the state is going to provide us services, extending facilities rather it is going to rule the masses. Nevertheless, the state and society relationship was always troublesome throughout the history of Pakistan. The state was unable to deliver the message of hormone, integration, social cohesion and accommodation message to the common masses.

This is the time to build a new partnership between the state and society and give a message of belongings rather than ruling. This should be possible with the strong reforms in the state institutions. This state should have reformed with bureaucratic structure and the bureaucratic structure. It should be people centre rather than a bureaucratic centre. People should be taken as customer and priority of the state institutions. For instance, if a person needs services from the municipality, it is the responsibility of the local government as well as provincial governments to provide the services with priority. If a person goes to a deputy commissioner office, asks for the help and they should be front desk like NADRA, a single place where a common man goes and get all the services and state should be bound to provide these services. The staff on the desk should have soft skills to treat the common masses. It should not be amended to rule common man, rather it should mend to provide the services. Therefore, this kind of behaviour with the citizen may develop a new partnership that should be based on mutual trust, respect, dignity, cooperation and accommodation.

It will establish a long term partnership and relationship. It should give a message to the common man that this state belongs to them and this state does not belong to an only elite class or the ruling class of this country. Meanwhile, it is the responsibility of a common to understand that the state is for them. It is their state and they should abide by the state rules. The common man may need to understand that the state has certain limitation but the message must be cordial in order to develop civic responsibility.

Those who hold the high position, they should come forward and take responsibility to build mutual trust and confidence and the partnership with the masses. The relationship should be translated into a kind of state which is based on the welfare and services delivery model rather than a ruling model. It will build a positive relationship and this positive relationship will mutual beneficial for the state as well for society. It is time to care for the common masses. A new beginning between the state and society can nourish and enrich the civic sense.

The writer is Associate Professor of Sociology at Quaid-i-Azam University Islamabad. He can be reached: zaman@qau.edu.pk 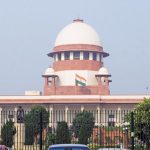 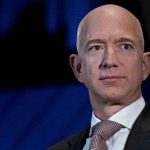