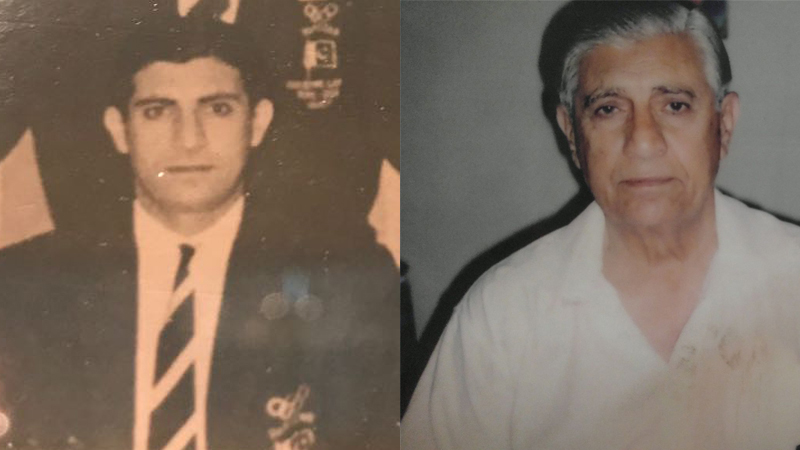 LAHORE: Pakistan’s legendary Olympian Brigadier Abdul Hamid Hameedi was laid to rest at his home town Bannu in Khyber Pakhtunkhwa on Friday after Asar prayers. Hameedi, who led Pakistan to their maiden gold medal victory at the Rome Olympics in 1960, died at the Rawalpindi CMH Hospital on Thursday. He was 92. The deceased is survived by a widow and two sons Nadeem Hameed and Faheem Hameed. He was also the elder brother of another Olympian Abdul Rasheed Jr. Hameedi, who lived with his family in Chaklala, was hospitalised two days ago after his health deteriorated and he breathed his last on Thursday. Hameedi had the honour of representing Pakistan at four Olympics: 1948 at London, 1952 at Helsinki, 1956 at Melbourne and 1960 at Rome. Born on Jan 7, 1927, Hameedi played as inside right and rose to fame when he skippered greenshirts to a solitary goal win over arch rivals India that ended latter’s domination. Later in his career, Hameedi served on important positions including Director General Army Sports Board, DG National Sports Trust (NST) and DG Pakistan Sports Board (PSB) from where he retired on superannuation. He also served as secretary general of the Pakistan Hockey Federation (PHF) for sometime after his retirement from armed forces.

Meanwhile, the Pakistan Olympic Association (POA) has condoled the death of Hameedi. In a statement on Friday, the POA eulogized the services Hameedi and prayed to Allah Almighty to grant eternal peace to the departed soul and give strength and courage to the bereaved family to bear this irreparable loss. “He will always be remembered for his outstanding contribution to hockey sport in Pakistan. The President POA and all the Olympic Family of Pakistan express their grief and sorrow to the bereaved family,” said the POA statement.