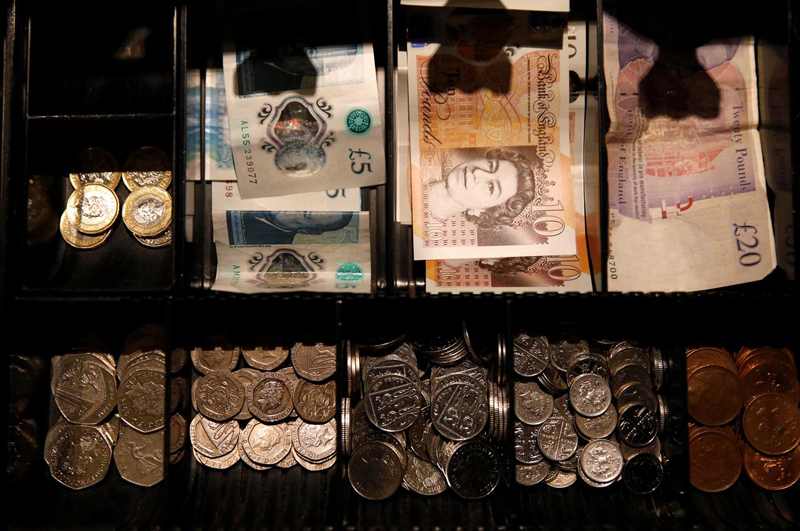 Even after losing almost 20% of its value since the 2016 Brexit referendum, Britain’s pound continues to be dogged by economic, politic and diplomatic pressures, meaning investors now fear it could be in for another chaotic lurch lower over the summer.

With sterling still acting as the clearest expression of financial markets’ take on Brexit risks, another currency storm is brewing a little over three months before the third Brexit deadline of 2019.

The favourite to be next prime minister, Boris Johnson, sees that Oct. 31 date as set in stone, regardless of whether or not a deal is achieved with the European Union.

Economic soundings too have turned ugly again as factories, builders and retailers freeze and Bank of England chief Mark Carney – tipped by some as the next International Monetary Fund head – appears to have backed down on his relatively hawkish stance on further interest rate rises to protect the pound.

To top it all, Britain’s diplomatic relations with the world’s two biggest economies have deteriorated sharply just as it prepares to cut ties with the EU, its biggest trading partner.

A row with China over recent Hong Kong protests was compounded this week by an unprecedented war of words with Washington over leaked emails showing the U.K. ambassador highly critical of President Donald Trump’s administration.

The combination knocked sterling to its weakest in more than two years against the dollar, if a January “flash crash” incident is discounted. It is also at the weakest this year against a trade-weighted basket of world currencies.

Against the euro, performance is even more dismal – it is set for a record tenth consecutive weekly fall against the single currency, briefly breaching the psychologically key 90 pence level for the first time since January.

All the uncertainty over when and how Britain will exit the EU is now taking a heavy toll on the economy which had stayed relatively robust until the first 2019 quarter.