The Capital Development Authority (CDA)’s Environment and Enforcement Department on Wednesday carried out five-hour long operation against unlawful nurseries which were made on 20 kanals each on state land near the Park Enclave on Kuri Road and took the land back from the land grabbers after several years.

The record revealed that plot No. 8 was grabbed by Atta-ur-Rehman, whereas Plot No.7 was confiscated by Hameeda Bukhari, Plot No. 6 was used illicitly by Hameed Shah. Plot No. 5 was gripped by Brig(R) Muhammad Sadiq. Similarly Najeed Mehmood made a nursery on Plot No 4.

Assistant Director Adalat Shah and, Inspector Dost Muhammad along with the enforcement team had commenced the operation to take the control of plot No. 10 but the owner of the nursery produced a stay order after which the operation was postponed.

Inspector Dost Muhammad who took part in the operation told Daily Times and it was the order from Chiarman CDA and Member Admin that the illegal grabber must be evacuated from state owned land at any cost. The operation should not be stopped without accepting pressure from any corner or any influential personality even if he/she came himself/herself in front of the operation or telephoned them.

He said that it were the orders that only those nurseries would not be touched which have any legal justification After these orders the CDA has recovered approximately 100 kanals of land, which is indeed too much costly. When this scribe contacted the Member CDA, A Sulman Khan Warraich, he said that the Chairman CDA Shiekh Ansar Aziz had ordered to conduct the operation without any discrimination and now no concession would be given to land grabbers in Islamabad.

He said that for those who have obtained stay orders from the court, the CDA would take back the land after perusal of the case in a court of law as this land is the asset of the functionary. 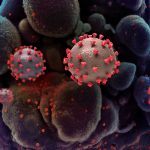