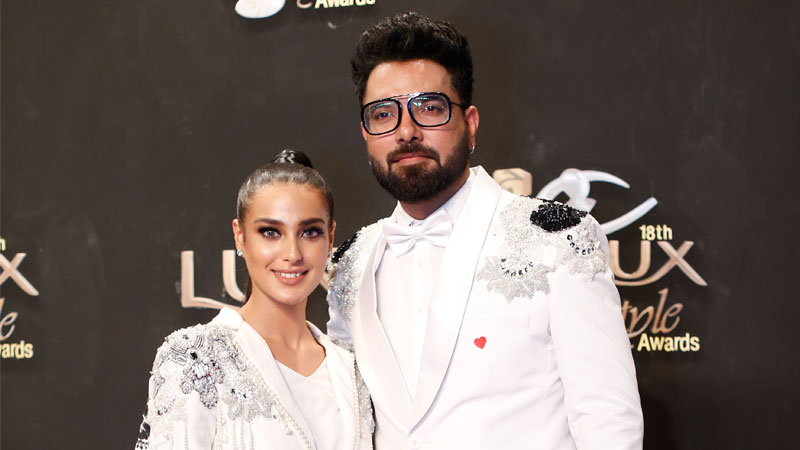 Sharing a picture of themselves, Hussain congratulated Aziz for winning not one but two best actress awards at LSAs for ‘Suno Chanda’.

He already anticipated that Aziz will again get the best actress award this year for her hit drama ‘Ranjha Ranjha Kardi’.

Hussain said that the award will come home next year too.

Meanwhile, Aziz also expressed her gratitude for winning two awards for her popular drama ‘Suno Chanda’ at the LSAs.

Sharing a picture of the two awards, she took to Instagram to thank the LSAs for the beautiful night that they all enjoyed, from the awards to the amazing performances we all witnessed.

“Receiving these awards was more than a dream come true if I be honest, because my mother wanted me to win one of them and then getting two LUX in one night is BIG?” she wrote.

About her character in ‘Suno Chanda’ for which she won the award, she said, “Arjiya Nazaqat Ali was a very difficult character for me because it was different. She was progressive yet traditional, lively and emotional at the same time. These days you hardly get a chance to play a character like Arjiya with so many shades.”

Finally, Aziz dedicated the award to all the women out there working hard and thanked her fans for the love and support.

In another highlight from the glamorous night, Hussain proposed to Aziz during the ceremony.

Both of the stars were frequently seen posting stories and posts on social media and the couple posted a love confession on their Instagram account last Valentine’s Day.