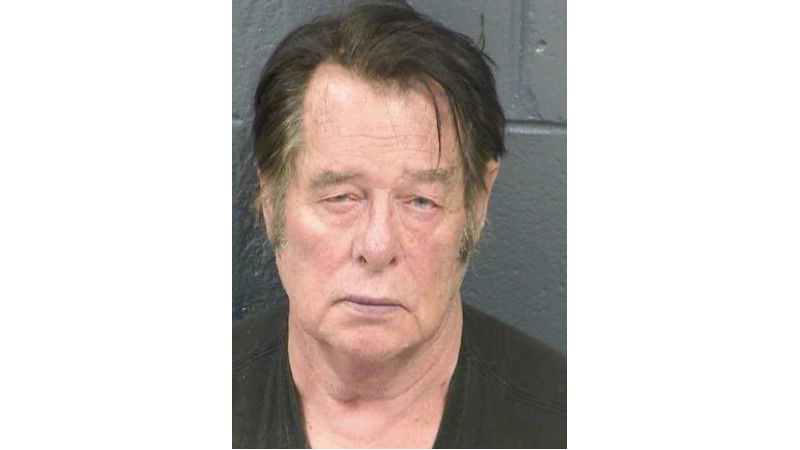 The leader of an armed group that stopped migrants who crossed the US-Mexico border has sought a psychiatric evaluation to determine if he is competent to stand trial in New Mexico on a weapons charge.

A federal judge in Albuquerque will hold a hearing on July 15 to consider the request from an attorney for Larry Mitchell Hopkins, 70, leader of the United Constitutional Patriots.

The American Civil Liberties Union and other critics accuse the United Constitutional Patriots of being a “fascist militia” that illegally detained migrants by impersonating law enforcement.

The group drew condemnation from immigrant rights activists after it posted an April 16 video showing as many as 300 migrants, most of them families, sitting at its camp waiting for Border Patrol.

Hopkins was arrested later that month on a charge of being a felon in illegal possession of a firearm, stemming from a 2017 search of his house.

In jail, he was beaten on April 22, suffering blows to the head and a bloody nose, his attorney Kelly O’Connell said in court papers filed on June 26.

Hopkins also struck his head during an accident in jail, O’Connell wrote, and has since reported having headaches, dizzy spells and memory loss.

“Reasonable cause exists to believe that Mr. Larry Mitchell Hopkins presently suffers from a mental disease or defect rendering him mentally incompetent to the extent he is unable to understand the nature and consequences of the proceedings against him or assist properly in his defense,” O’Connell added.

Prosecutors did not object to the request for a psychiatric evaluation.

In October 2017, the Federal Bureau of Investigation received reports a militia was being run out of Hopkins’ home in Flora Vista, New Mexico, FBI special agent David Gabriel said in court papers earlier this year.

Agents entered the home, collecting nine firearms which were illegal for Horton to possess as he had at least one prior felony conviction, according to the complaint.

Hopkins has pleaded not guilty.

Last month, Jim Benvie of the Guardian Patriots, another armed group known for stopping migrants at the US-Mexico border, was arrested and charged with impersonating a US Border Patrol agent. The Guardian Patriots split from the United Constitutional Patriots in May.

In April, the United Constitutional Patriots boasted they had helped the US Border Patrol detain some 5,600 migrants in New Mexico in the previous 60 days.